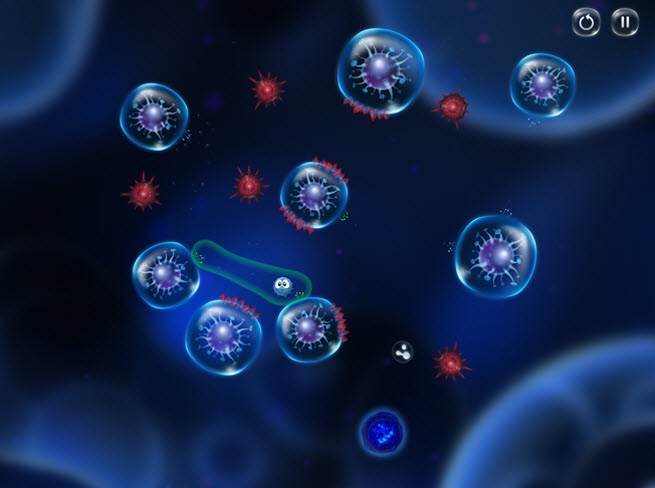 The great thing about app stores is that they’re democratizing game development, giving rise to studios all over the world that can publish their titles directly to consumers. The latest example we’re highlighting today is Kiev, Ukraine-based Room 8, which recently released Cyto on the Apple iTunes App Store. The game is one of many physics-based experiences with a zany premise, and it’s just the kind of title that has a chance of taking off on a worldwide stage.

Plus, it shows that Eastern Europe continues to grow as a hotbed for gaming. What’s unusual about Room 8 is that the developer is targeting Western audiences. Cyto has hit No. 1 in four countries and has made it to the top five in 15 countries. 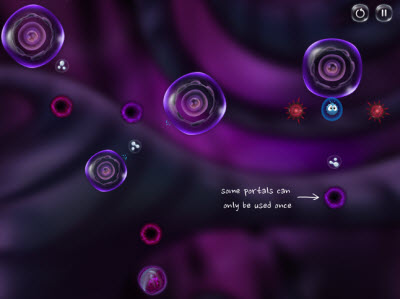 Sviatoslav Pogrebnoi, chief executive at Room 8, describes Cyto as a “great puzzle game with an adorable character.” It features colorful graphics of cell-sized beings, which include main character Cyto and his protective, bubble-like envelope that can stretch and stick to larger objects. Cyto explores a mysterious world that stretches through 81 levels. That’s a pretty deep game, which Chillingo, a division of EA devoted to mobile offerings, recently published.

The goal of the game is to help Cyto recover his memories about himself and his home. You do that by collecting memory fragments throughout all of the levels. Emmy-nominated composer David Ari Leon composed the soundtrack.

You probably have never heard of Room 8, but it’s a sizable company, with funding from Vostok Ventures, a Ukrainian investor that makes seed and early-stage investments in mobile apps, games, and e-commerce projects in Eastern Europe. Early on, the group also invested in Vostok Games, featuring developers from the hit PC game S.T.A.L.K.E.R. That studio is now making the free-to-play Survarium.

Room 8 has operated since 2012, and it has almost 50 employees. Pogrebnoi said that the company aims to release five or six high-quality games this year, including a free-to-play endless runner in a steam punk style and a casual social game.