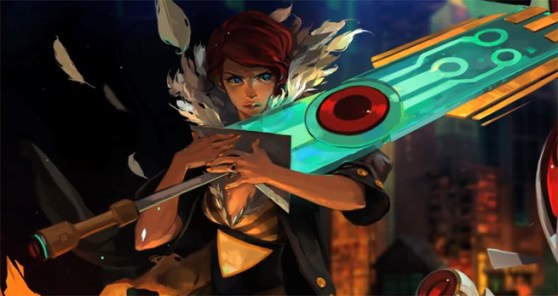 Supergiant Games, the studio behind the award-winning downloadable game Bastion, just announced its latest project, and it looks gorgeous.

Debuting next week at PAX East, Transistor follows in Bastion’s footsteps as an isomorphic combat game, but it comes with a new art design, a new setting, and a young female protagonist named Red.

Set in the high-tech city of Cloudbank, Transistor kicks off when Red survives an attack from a mysterious assailant and takes up the same powerful weapon that almost killed her. Red finds herself fighting off enemies who want to reclaim the blade as she unravels the truth behind their motives and the sword she now carries. As you can see from Transistor’s first trailer, she puts it to good use;

In a statement on their website, Supergiant Games says, “We’re designing our next game to seamlessly integrate thoughtful strategic planning into a fast-paced action experience, complete with our studio’s signature melding of responsive gameplay and rich atmospheric storytelling.”

Supergiant also announced an “early 2014” release window, with platforms to be announced.