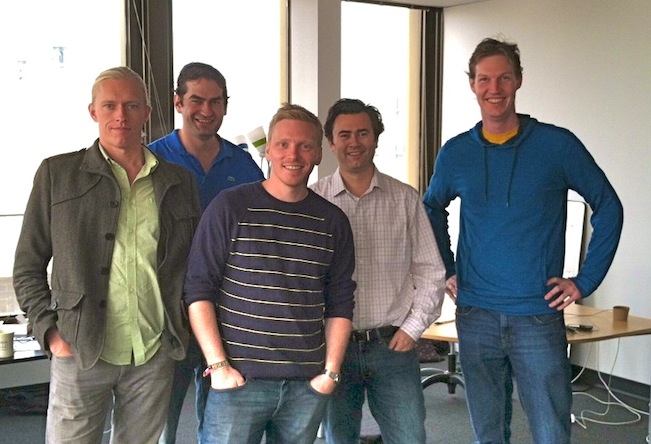 Berkeley-based Wise.io has launched its first product for data scientists and developers as part of a goal to make machine learning technology more accessible.

The idea for the initial “machine learning as a service” product came from the founders’ experiences on Kaggle, the website that 70,000 data scientists use to compete to solve tricky math problems.

CEO Joshua Bloom noticed that data scientists were using a specific algorithm on Kaggle to win competitions, but it was clunky to use. “We wanted to make it as fast as possible and in-memory efficient,” Bloom told me. The Wise.io team [above] have some impressive credentials: They have Ph.Ds in statistics, computer science, and astrophysics.

An added benefit: Many of the data scientists that are using Kaggle have day jobs at large companies. To reach enterprise customers, Bloom is hoping that these developers will push their IT departments to buy a site license.

“For now, the lowest barrier to entry are those who are using machine learning algorithms in their daily lives,” said Damian Eads, Wise.io’s cofounder and engineering lead. Eads would not disclose the existing customers of the new product, but he said the company is already profitable, a rare feat in Silicon Valley.

The company also plans to make money by offering professional consulting services to large companies who are looking to invest in a machine learning implementation.

Wise.io doesn’t have any immediate plans to raise institutional funding, and is an entirely bootstrapped effort.