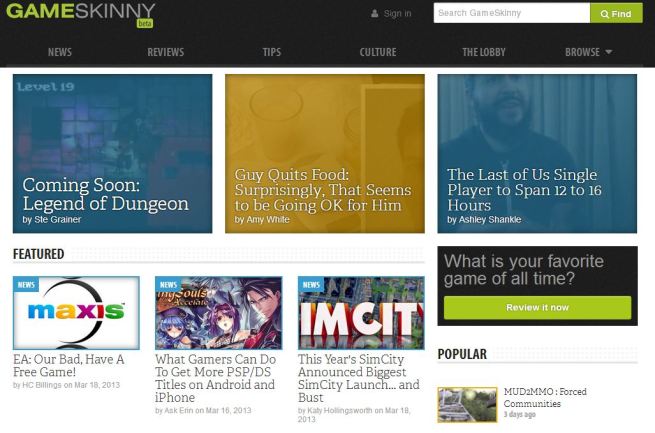 Gamers don’t just consume games. They create their own content in response to the medium they love. GameSkinny is a platform where anyone can write or post videos about games and reach a wide audience.

Today, GameSkinny is announcing that it raised $2 million in Series B funding. Investment firm CLR Partners led the funding round.

“After a successful launch earlier this year, we hit the ground running and are pleased to receive funding from CLR Partners,” GameSkinny senior editor Amy White said in a statement. “As experienced veterans in the video gaming space, we’re thrilled to see this platform being adapted by so many so quickly — a true testament to what gamers want and react positively to.”

White leads a group of editors based in Virginia who curate the user content. The team gives visibility to quality writing and video, which encourages writers and broadcasters to do their best.

“CLR Partners led the Series A round of funding for Guild Launch and is pleased to continue to support Guild Launch and GameSkinny through the Series B funding,” CLR senior managing partner Stephen Johnston, Sr. said in a statement. “GameSkinny will drive the convergence of social, media, and mobile and influence the future of video gaming culture. We look forward to working with GameSkinny as it continues to disrupt the media landscape.”