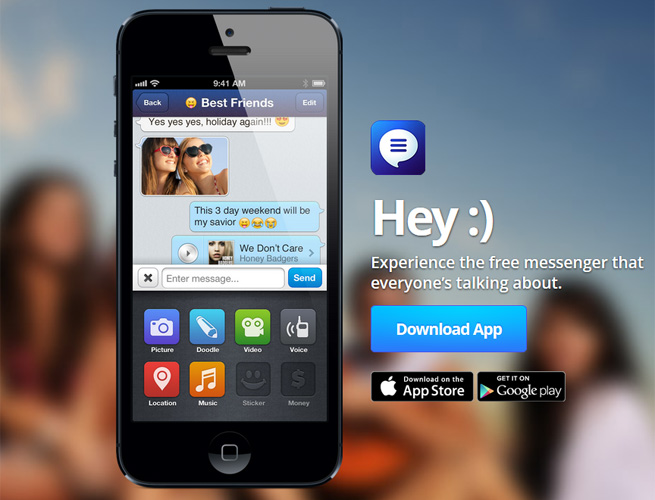 MessageMe has been busy since its launch a week and a half ago. The messaging application has been cut off from Facebook’s Open Graph, raised $1.9 million in seed funding, and attracted more than 1 million users.

MessageMe offers iOS and Android apps that send rich messages over Wi-Fi and mobile data to friends, family, or groups. The app also lets you share YouTube videos, iTunes songs, voice recordings, emoticons, and other things you might not share over traditional text messaging.

MessageMe had been tapping into Facebook’s Open Graph to help users find their friends on the service. But similar to what happened with Voxer, Facebook blocked MessageMe’s access to Open Graph data over concerns the app was too similar to the functions of the Facebook Messenger app.

Still, people are clearly digging MessageMe — the service said it is sending 500 notifications per second worldwide; and in the U.S. alone, more than 10 million doodles and more than 4 million iTunes songs have been shared.

“We launched MessageMe a little over a week ago on the App Store, and we’re excited about the feedback we’ve received so far — many people have made MessageMe their primary messaging platform, and that’s awesome,” the company said in a blog post today. “We spent the last year building MessageMe with the goal to deliver a fun, rich, and engaging experience by adding expression to messaging. We believe a core communication service like messaging can, and should, do more to keep up with the technological advances in the smartphone market.”