Unlucky in the blue ocean 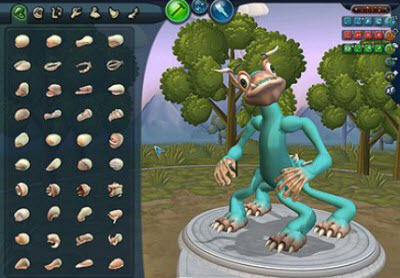 Above: Spore (Courtesy of EA)

The series of above-mentioned personal incidents served as a reminder that Riccitiello could be trapped into seeing the world as a zero-sum game. Like his rivals, he would battle in the red ocean (where the sharks are fighting for the red meat) rather fight in the blue ocean (or parts of the market where no one is playing). If Activision had a hit with Guitar Hero, Riccitiello attacked it with Rock Band. He went after Call of Duty’s success by rebooting Battlefield and Medal of Honor. And after Zynga scored with CityVille, Riccitiello struck back with SimCity Social.

If any one of the titles struck gold, then EA would make sequel after sequel. That earned the ire of consumers and game developers who want more creativity in games, not homogeneity. Riccitiello engaged in copycat wars. Sometimes, he accused his rivals of copying him, and sometimes it was the other way around. It was a kind of trap, and it explained why some gamers became disillusioned with the state of the overall traditional video game market, which has been shrinking since 2010.

“Taking on Activision in head-to-head competition was not a good strategy,” said P.J. McNealy at Digital World Research.

For sure, Riccitiello made some huge bets in blue ocean games that were risky. He backed Spore, the first major project that Will Wright undertook after making The Sims. The game received great ratings and sold millions of units. But it was nowhere near as big a hit as The Sims was. In that sense, it was a victim of unrealistic expectations. Riccitiello greenlit some major games such as the sci-fi horror series Dead Space.

Riccitiello was a big advocate of publishing third-party games through a program dubbed EA Partners. In doing so, EA stepped back into a role of a distributor, fulfilling demand for games from major third-parties. EA still has some big partner games in the works, like the one coming from Respawn Entertainment.

In more recent years, EA has retreated from offering many new intellectual properties to focusing on proven franchises such as Battlefield, Need for Speed, FIFA Soccer, Madden NFL Football, and SimCity. EA has many more franchises that it owns.

By contrast, Activision Blizzard invested in the innovative toy-game hybrid Skylanders. As a result, Activision Blizzard has a new billion-dollar franchise with more than 100 million toys sold. Riccitiello did a lot of the right things in his quest for the blockbuster game that would make EA great. They just didn’t all pan out.

The road to today’s EA 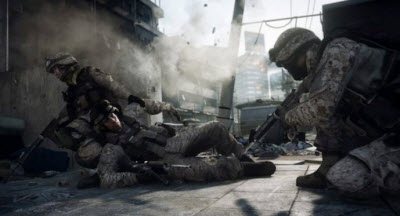 Above: Battlefield 3 (Courtesy of EA)

With consumers, EA’s games remained popular. But it occasionally ran into the buzz saw of public opinion. Many hardcore gamers hated the ending of Mass Effect 3, so much so that EA redid the ending in subsequent downloadable content. This got EA branded the “worst company in America.”

Some fans hated how EA charged for downloadable content that became available on the same day as a game’s launch. They felt that was nickel-and-diming them. And the haters came out again when EA’s servers failed to keep up with demand for the always-connected SimCity. In each of these incidents, Riccitiello took his share of the blame. But those things were minor compared to whether EA met its financial targets.

In his going-away message, Riccitiello said the decision to leave EA was all about his accountability for the shortcomings in financial results. Those results are at or below the guidance EA issued to Wall Street, and EA has fallen short of the internal operating plan it set a year ago. He said, “And for that, I am 100 percent accountable.”

Riccitiello reminded everyone that EA is No. 1 in mobile, the fastest-growing video game market. But it has had to adapt to swift changes in that business as well, as free-to-play business models now rule the business. These changes have leveled the playing field in mobile, giving tiny developers the chance to launch hit titles on an equal footing with giants such as EA. As big mobile hits for EA, Riccitiello cited The Simpsons: Tapped Out, Real Racing 3, Bejeweled, Scrabble, and Plants vs. Zombies.

It’s easy to name many big hits in mobile — Angry Birds, Temple Run, Cut the Rope, Tiny Wings, and CSR Racing — that became huge entertainment properties without the help of a big publisher. (EA did play a role in the beginning of Angry Birds, which was published by Chillingo, which subsequently was acquired by EA. But to say EA had a hand in the success of Angry Birds is a stretch). While EA is successful in mobile, so are many other companies.

“We were facing a world going through unbelievable change with the rise of smartphones, social networks, and more recently the iPad — each of which has turned out to be a platform where gaming is the No. 1 platform,” he said back in 2011.

EA is still waiting for its position in mobile games to pay off in a big way. It is part of a huge stake that EA has in digital games, but the payoff has yet to arrive. Riccitiello had suggested that digital games would help make the console boom-and-bust less cyclical. But here we are again, in a market trough, where game sales on the traditional platforms are starting to decline, and digital games are not completely offsetting that decline.

A spokesman for EA said, “It’s difficult to overstate how important the mobile segment is and how deeply it connects to PC, console platforms. EA’s leadership in mobile is a big strategic advantage for our brands and our profile on other platforms.”

EA is investing in games for the next generation of game consoles. But that’s another promise of something good, just around the corner. Investors have heard that story since 2007, McNealy said.

“Everyone fails,” he said. “Everyone falls down. Everyone loses a game or gets a bad grade.” When that happens, fail well, Riccitiello said back in 2011.

“I would argue we failed well,” he said. “We are students of our own failure. We used our failure to shape and impel us to a better strategy. One that we believe will ultimately succeed in ways that our previous strategy, even if perfectly executed, could never have done. … Trust me. Sooner or later, you’re going to get knocked on your ass. Will you fold? Or will you fail well?”

EA’s board finally lost patience with Riccitiello. EA’s stock price had been battered by the worldwide recession in 2009, and it never recovered. For the past decade, results have been flat. And Riccitiello was never able to get the stock price back to the level when he joined it.

What’s next for EA, and who will be its next CEO? 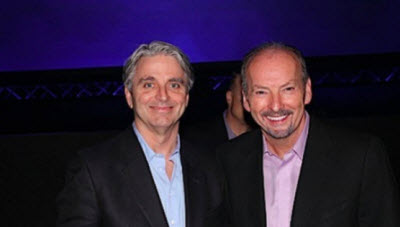 Probst has the task of finding the next chief executive. As head of the U.S. Olympic Committee, Probst isn’t likely to stay in the job long himself. The natural candidates from EA’s internal team include Peter Moore, chief operating officer; Frank Gibeau, head of studios and executive vice president; and Dave Roberts, chief executive of PopCap Games.

But EA could reach outside for other industry leaders as well or pull someone who is steeped in the new digital gaming economy. EA has a lot of challenges ahead. McNealy said, “There are going to be more changes. They are not likely at the right size for where the bigger game industry is going.”

Ben Schachter, an analyst at Macquarie Research, said in a note that EA’s successor will have to contain costs and consistently deliver against expectations.

Clearly, the board isn’t going to be patient. EA has struggled and run in place for some time. This has an opportunity cost as rivals show how much better things can be. And whatever happens with the next-generation consoles, EA’s new chief will be heavily dependent on the execution of the plans that Riccitiello put in place. If he bet correctly, then EA will be golden.

An EA spokesman said that when you look at the demos for EA’s next-generation games, “You better be wearing a diaper.”

Whomever EA chooses, Riccitiello says he will be rooting for them. In his farewell note, he said, “In a few weeks, I will be leaving EA physically. But I will never leave emotionally. I am so incredibly proud of all the great things you have done, and it has been my honor to lead this team these past six years. After March, I will be cheering wildly for EA from the sidelines.”