Apparently there’s a growth market in T-shirts. But it’s not in the shirts themselves.

Y Combinator startup Teespring is growing revenues a massive 50% month-over-month while selling custom T-shirts for clients as diverse as Node.js, Hacker News, and a memorial for three air ambulance crew members who lost their lives in the line of duty last year. The startup is still in the YC 2013 winter class and has already hit $750,000 in monthly revenue.

“It’s all based on our focus on community,” cofounder Walker Williams told me yesterday.”We’ve totally reduced the focus on the T-shirt and put much more focus on the community and the affinity.”

Instead, it’s all about the people. 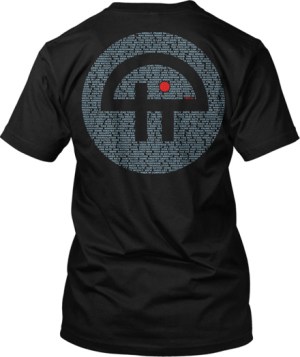 Whether that community is Node.js developers, Hacker News’ young urban founders, or a local community charity doesn’t really matter. What matters is that there’s a group of people who care about something, and care about it together. “We turn affinity into money,” Williams says. Via T-shirts, of course.

Teespring started back at Brown University when a local dive bar was raided by police and shut down. The campus was up in arms, and Walker and cofounder Evan Stites-Clayton saw an opportunity.

“We were always trying to do entrepreneurial things, whether they worked out or not,” Williams says. “Usually not, of course. We’d spend 24 hours coding — a red bull project — and never go anywhere. So we wanted to do something that had immediate return and was real.”

So they designed a T-shirt with the dive bar’s name and logo, threw it up on Facebook, and within 24 hours, they had sold hundreds. Their ordering site was so basic, the X-number-ordered-already button had to be updated manually, but the idea caught on, and the two received requests from other organizations to set up websites so they could sell T-shirts to their communities as well.

At which point the two founders looked at each other and realized they had created a platform: essentially, a Kickstarter for T-shirts. An affinity group of any kind creates a T-shirt, puts it into the Teespring platform, and then hosts an embedded sales page on their own site. If enough are ordered, the shirt goes into production, and if the group doesn’t make its sales goal, the shirt does not. Simple, efficient, and community-centered.

After graduating in 2011, the two founders worked on the site part-time until April 2012, when they released the first version. After going through a different accelerator program, they applied for Y Combinator, the premier accelerator in the U.S. and, probably, globally, and the growth has continued.

“One of our investors does all of Obama’s merchandising,” Williams told me. “He said that you guys will put me out of business within 10 years if people realize how easy this is.”

One thing Williams is at pains to point out: Teespring is not a marketplace. When you’re a marketplace, that implies you can sell the T-shirt for the community, he told me. That means that the community is cut off … and that you’ve assumed a sales burden that you may not be able to fulfill.

Instead, with the focus on the community, and embedding the offer within the T-shirt creator’s site, the onus is on the organization to market its own product. Which is exactly what sites like Hacker News have done, selling over 1,600 shirts, as well as others like Twit.tv, which sold almost 2,700 shirts.

Demo Day is coming up, of course, and Teespring is poised to reveal a few celebrities who will be releasing their own T-shirts, as well as a “ton of political fundraisers.” No details yet … the names are “strictly private-meeting-only,” Williams says.