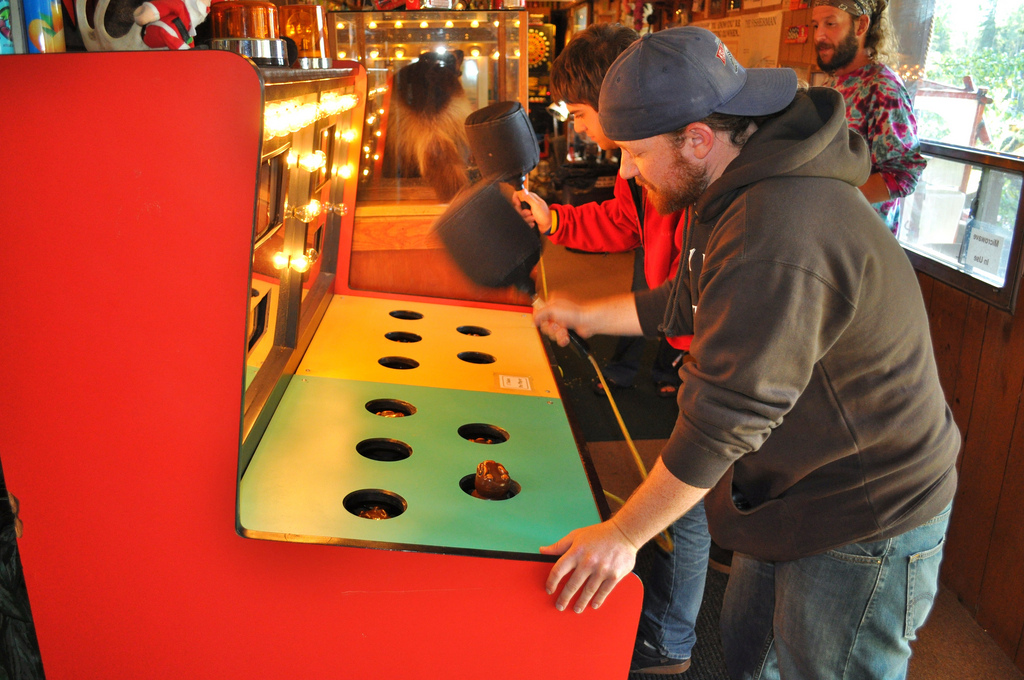 Perhaps Apple will provide a coupon for a free game of Whack-a-Mole with its next iOS update.

From personal experience I know bugfixing can be like putting up wallpaper: smooth down one air bubble, only to watch it pop up again in another place. Which apparently is exactly what Apple is doing recently with its iPhone operating system, iOS.

Exactly one day after Apple released iOS 6.1.3 to squash two lock screen bugs, another one has emerged:

This new flaw only affects iPhone 4, apparently, so it is less severe. However, it does allow access to your address book and stored photos, without having to punch in your security code. For many, that might not be horrible, but it certainly is private information … even if you don’t have any personal photos from a special someone on your device.

This has got to be getting a little old for Apple, and I can only imagine how Steve Jobs would react to yet another lock screen bug appearing just hours after Apple’s latest bugfix. Even though this might be a fairly minor security hole that requires physical access to the device, Apple’s reputation for quality is at stake.

And, it’s no small thing to update hundreds of millions of mobile devices, each requiring user intervention for system updates.