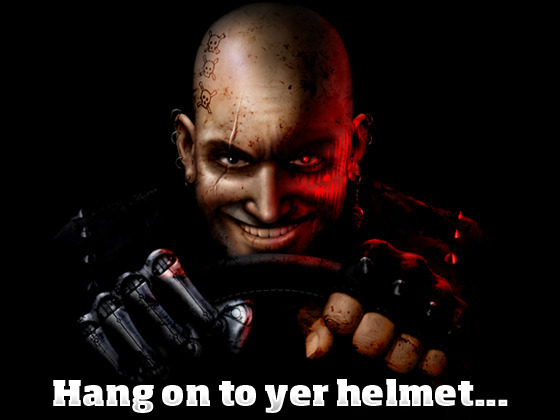 Carmageddon: Reincarnation developer Stainless Games announced today that it closed a $3.5 million funding round. That comes after the studio raised $625,000 on Kickstarter in June. That puts the total budget around $4 million after factoring in fees and reward fulfillment for Kickstarter.

The new automobile-based mayhem simulator is due out for PC, but Stainless doesn’t have a solid release date. The studio also plans to release the title on Mac, PlayStation , and Xbox 360.

Private investor Les Edgar, a shareholder in Stainless and cofounder of Populous studio Bullfrog Productions, led this funding round.

“We are delighted to have fully funded Carmageddon: Reincarnation without having to go outside of the collective of our own company, shareholders, and fans,” Stainless chief executive Patrick Buckland said in a statement. “It allows us to maintain a true independence and creative control while not having to compromise quality or content by budgetary constraints.”

Carmageddon: Reincarnation is an updated take on the original Carmageddon game, which put players in a car and awarded them points for taking out pedestrians.

“I have always had a great belief in Stainless, and I really admire their continued success as one of the leading indie dev studios,” investor Les Edgar said. “The Carmageddon name is one we all want to see rise again, and I know that in the hands of its original creators, we’re bound to get the best out of the brand. I’m delighted to be on board and helping make the project happen.”