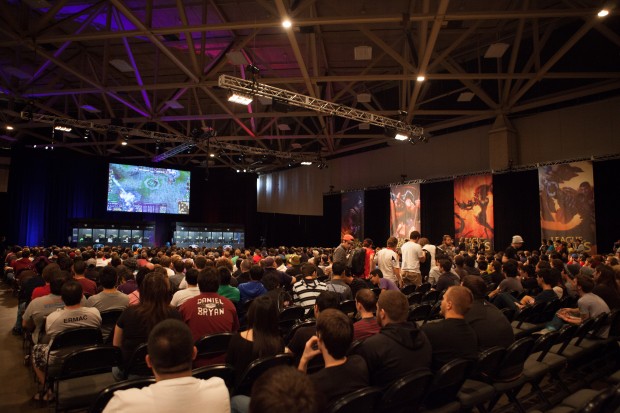 Advertisers go where the eyes are, and a bunch of 18- to 34-year-old male eyes were watching Major League Gaming over the weekend.

The e-sports league held its Winter Championships in Dallas, where pro and amateur gamers went head-to-head in StarCraft II, League of Legends, and Call of Duty: Black Ops II. More than 2.6 million viewers tuned in to watch the competition. The average viewer was watching content for 150 minutes for a total of 6.5 million hours.

“The sustained viewership by the MLG community was unparalleled this weekend with more time spent watching our streams than football fans watching the Super Bowl online this year,” MLG chief executive officer Sundance DiGiovann said in a statement. “It is continued deep engagement like this that guarantees continued growth for MLG and makes us the ideal target for advertisers aiming to reach our passionate, influential community.”

The coveted audience of males 18 to 34 compose about 60 percent of MLG’s audience, according to audience-tracking firm Comscore.

The MLG is focusing on its engagement numbers because advertising generates most of its revenue. Unlike traditional sports, ticket sales and TV/radio deals are virtually nonexistent.

Fans can subscribe to MLG to watch video in 1080p and to avoid ads for $9.99 per month. Major brands like Dr. Pepper, Microsoft, and Sony already advertise products on MLG’s video streams.