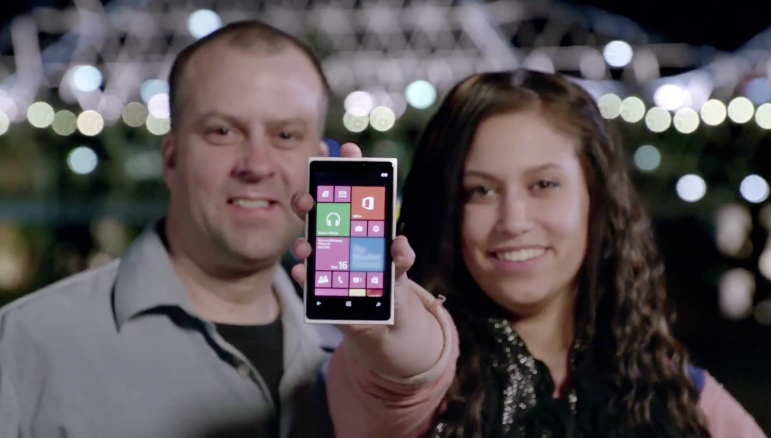 Microsoft’s going on the offensive against Samsung’s best-selling Galaxy S III in a new ad focusing on Windows Phone cameras, like the one in Nokia’s Lumia 920.

And Microsoft is taking specific aim at Samsung:

The ads feature Microsoft’s top Windows Phone marketing manager, Ben Rudolph, who told us that he has the best job in Microsoft when we chatted a couple of months ago. It’s his job as director of Windows Phone evangelism to convince hundreds of millions of Android and iPhone users to switch to Windows phone … and he’s pretty persuasive.

But this particular tactic won’t work for long — the new Samsung Galaxy S IV sports a 13-megapixel camera which is bound to be better than the S III’s eight megapixel effort. And likely to best the Nokia 920’s 8.7 megapixel camera too, in spite of the built-in image stabilization that does give the 920 great night-time photos.