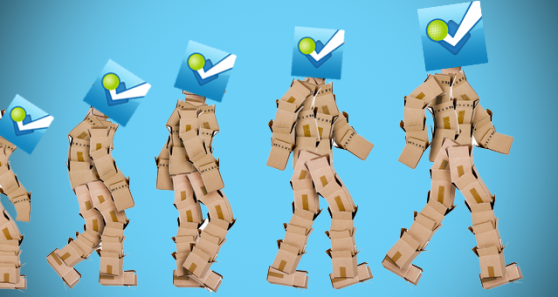 Foursquare wants to topple Yelp to become your go-to local search app, but something’s holding it back: Foursquare itself.

For most people, Foursquare is still that semi-creepy app that gives you badges when you check into places. But that’s the old Foursquare. Developed over the last year, the new Foursquare has quietly evolved into one of most effective and elegant local search tools out there — only no one knows it yet.

This is a problem that Foursquare CEO Dennis Crowley is well-aware of. “Foursquare is much more than mayorships and badges. It’s a perception issue. We’ve definitely been phasing a lot of that stuff out,” he said while on stage at SXSW last week.

Why the shift in emphasis? Because there’s just not that much money in mayorships and check-ins. At the core of the new Foursquare is Explore, Foursquare’s local search service. Foursquare Explore is powerful and robust — so much so that I don’t even think of using services like Yelp or Google+ Local when I’m trying to find somewhere new to go. Looking for a bar that’s nearby and similar to the ones you already like? Explore shows you the way. (Explore is also very good at pointing out places even when it has no user data to go on. Just try out its new-ish log-in free web interface.) 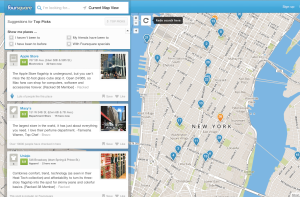 Above: Explore is one of the best things that’s ever happened to Foursquare.

This is where the money ties in. Much of Foursquare’s revenue comes from targeted coupons, which are tied into Foursquare’s now-massive trove of location data and preferences. All those check-ins you did back in 2009 didn’t just disappear — they’re making Foursquare what is today.

With the check-in data, combined with deals with local merchants (and credit card companies like American Express, Mastercard, and Visa), Foursquare is setting the stage for its inevitable rebirth. Now it just needs get its users back.

As of last November, only about 8 million of Foursquare’s then-25 million registered members used the app once a month, according to the Wall Street Journal. That’s 32 percent — not a great number, and probably not one that’s changed all that much now that Foursquare has crossed the 30 million-user threshold.

Most friends I asked still think Foursquare is about stalking their friends, collecting badges, and being the Mayor of the local Burger King — but that couldn’t be further from reality. Foursquare is different! It’s changed! It wants you back!

And that’s the real tragedy here. While making money has traditionally been Foursquare’s biggest challenge, the more pressing one going forward is going to be shifting the perception of the service that Foursquare itself so effectively created.