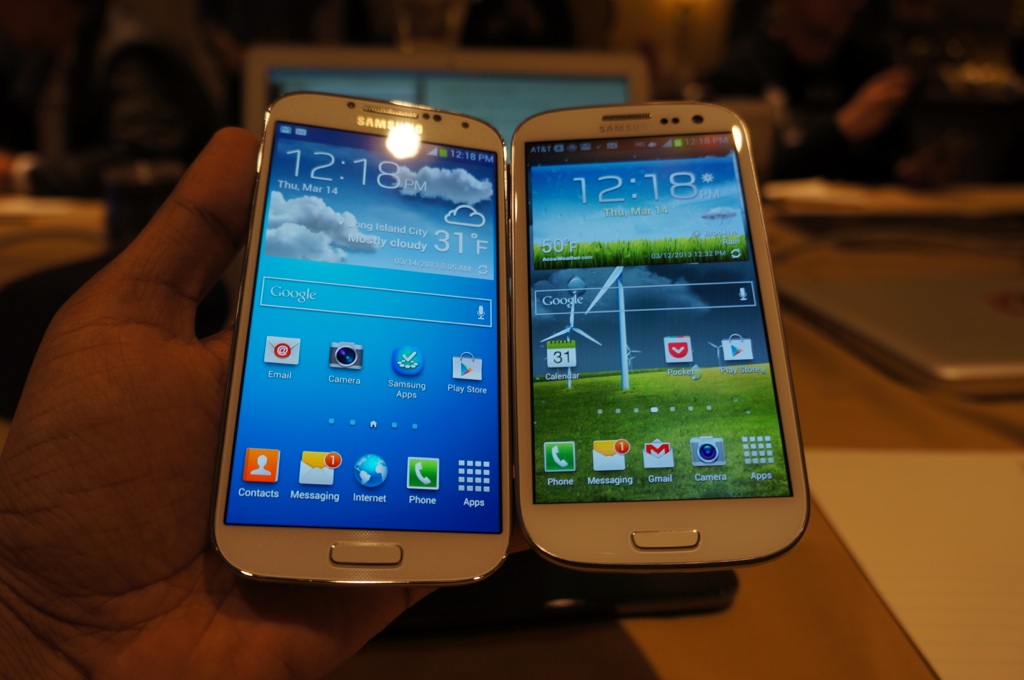 That new Android-based smartphone from the biggest phone manufacturer in the world with the big New York launch, the massive screen, and the 13-megapixel camera? Looks like it’s pre-selling like proverbial hotcakes.

Carphone Warehouse, a big UK mobile distributor, says the Samsung Galaxy S IV is pre-selling at more than four times the rate of its predecessor, the Galaxy S III. Which was already a best-ever launch for Carphone.

“The record breaking launch of the Galaxy SIII last year was always going to be a tough one to beat,” said Carphone Warehouse COO Graham Stapleton. “But Samsung have pulled out all the stops with a dazzling new device that’s sure to inspire many people to make the switch to Android from other operating systems.”

The phones aren’t scheduled to be available until April 26, and pricing hasn’t been announced yet. Even so, with pre-orders at 446 percent of S III levels, it looks like Samsung has impressed enough of the Android faithful to deliver another best-seller.

The SII sold 10 million units in its first two months and 30 million in five months, so beating those numbers won’t be easy. But Samsung did ship 57 million smartphones in Q3 last year as part of over 400 million phones shipped in all of 2012, so anything seems to be possible.

The question will be: Can Samsung top Apple’s iPhone 5, which was the top-selling phone in the last quarter of 2012?

“We’re anticipating a massive amount of customer interest in this handset and are expecting our stores to be busier than at the height of the Christmas period,” Stapleton said. “We are planning to extend opening hours at our larger sites to cope with the increased demand.”

None of which changes my contention that the Samsung Galaxy S IV will mark the beginning of the end of Samsung’s smartphone dominance.