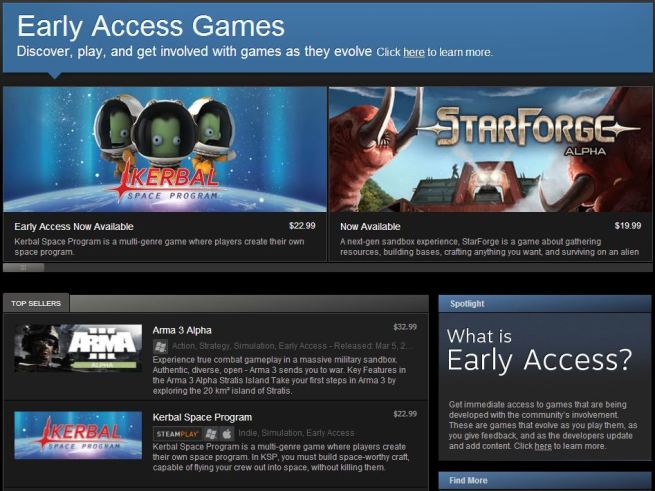 In 2011, Mojang sold access to Minecraft while it was still in development. Two years later, Steam is the first major platform to support that business model.

Since Minecraft, other indie developers have implemented this method, and now Valve is welcoming those games to Steam through a channel it’s calling Early Access.

“A lot of games are already operating as ongoing services that grow and evolve with the involvement of customers and the community,” Kinetic Void developer Sean Pollman said in a statment. “Steam Early Access will let us continue the development of our game while gathering crucial feedback, input, and support from the steam community.”

The following games are available now through the Early Games portal: