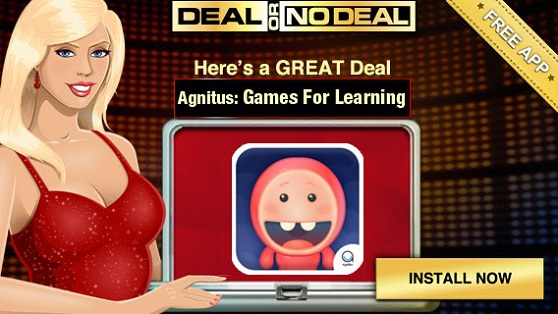 W3i is rebranding itself as NativeX today and launching a new native advertising platform that it says will enable better monetization for mobile game and app developers. NativeX is also announcing it has added Electronic Arts founder Trip Hawkins as a senior advisor.

NativeX is a platform that allows a developer to integrate an advertisement into the middle of a game. But the developer has more control over the ad than usual. About 65 percent of the space for the ad is under the control of the developer while 35 percent is dedicated to the advertiser. The resulting product is something that appears to be more natural and appealing for a player to click upon, said Rob Weber, co-founder of Minnesota-based NativeX, in an interview with GamesBeat.

“We feel the name change will refocus us on what we are all about,” Weber said.

The goal is to bring some innovation to the in-game advertising market and to improve click-through rates and raise CPMs (cost per mil, a measure of the revenue generated by an ad for every 1,000 people who see it). As the mobile and web markets change, so do developer needs for monetization, Weber said. NativeX wants to move beyond standard display ads with more targeted, effective ads. Interstitial ads might get $2 CPMs on mobile, while native ads such as the kind being created by NativeX can hit $10 CPMs, Weber said.

“Native advertising is the future, and I am thrilled to get involved with this forward-thinking company,” said NativeX advisor Trip Hawkins. “Every major publisher on mobile and web has their eye on native advertising right now. NativeX is proving that we as an industry can do better than banner ads.”

An example, pictured above, is how NativeX could work with a publisher such as iWin, maker of the Deal or No Deal game. To boost iWin’s revenue, NativeX’s team would work with iWin to build and customize a native interstitial display ad like the woman holding the briefcase. NativeX would show the ads to existing partners who might be a fit. Using predictive analytics of the game’s corresponding demographics, NativeX would determine which apps would fit with the campaign. In this case, the demographic is older women who likely have children. So the ad campaign ran with Agnitus’ educational games for kids.

NativeX is already growing fast with its current ad business. The company’s customers reach more than 105 million monthly active users across iOS and Android. And NativeX’s mobile business grew more than 350 percent in the past year. The company has 165 employees and recently added a San Francisco office. I’m moderating a session next week with Hawkins and Weber at the Game Developers Conference in San Francisco.

NativeX will supply its own predictive analytics for ad monetization, but the company is not competing head-on with mobile analytics firms. Weber said NativeX’s revenue is about half from the web and half from mobile. He noted that the cost of user acquisition has fallen in the past few months.