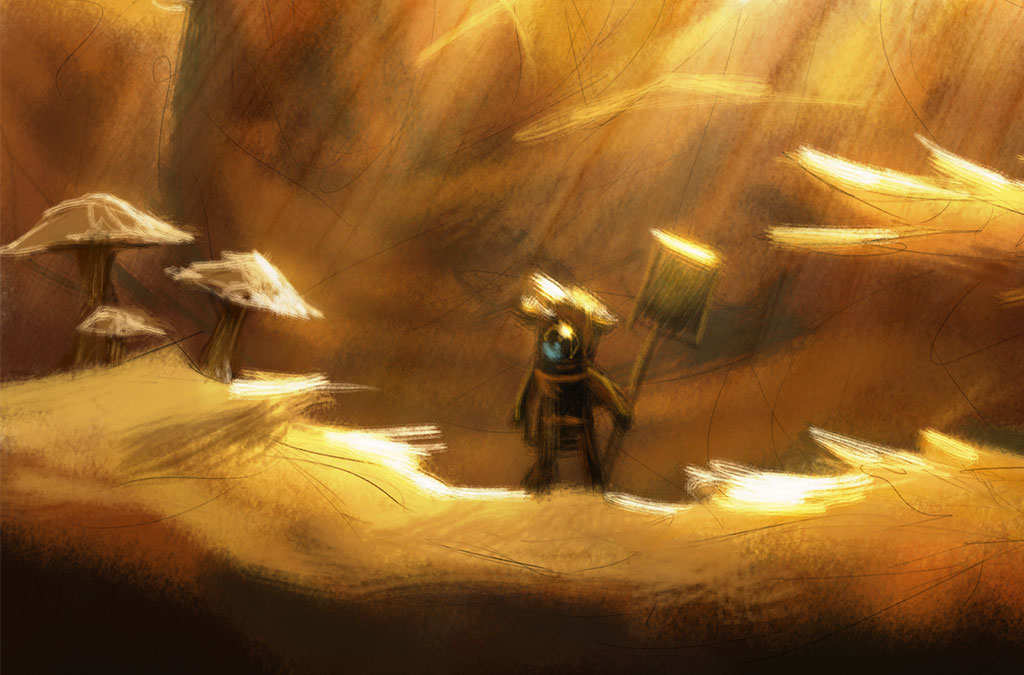 On Monday, new developer Steel Wool Games revealed that it is working on its first release. Something like that isn’t usually noteworthy, but this studio is a bit of a special case: Its five founders all currently work at Pixar.

It may seem strange that a group of individuals working at Hollywood’s most respected animated movie studio would want to spend their spare time making games, but Steel Wool co-founder Andrew Dayton says that it’s the norm for Pixar employees to have a side project.

“With Pixar, they have a real understanding that its employees are all overachievers,” Dayton told GamesBeat. “We have tons of people working on tons of side projects. Pixar is generally a lot more lenient than other studios.”

Still, Steel Wool checked in with Pixar’s legal team to ensure it wasn’t crossing any lines. The film company gave its blessing, with the caveat that the work only happen on off hours.

When they are on hours, Steel Wool’s founders are working on some of Pixar’s biggest projects. For example, Dayton as an artist credit on Toy Story 3. Josh Qualtieri was technical director on The Incredibles. Jason Topolski worked as global technology officer on Brave. Sequoia Blankenship was an animator on Brave.

For the love of games

“We all really love games, and it seemed like there was an opportunity for us [to make one],” said Dayton. “Enough of us were interested and we have enough talent on the creative and design side, so we decided to see what we could do.”

For the last year, Dayton and the rest of Steel Wool have met with people inside the gaming industry. All the while they were slowly forming their own ideas.

“There was no point where we said, ‘Let us make a game company.’ It just sort of naturally happened organically,” said Dayton. “It’s been a serendipitous process.”

Another of the founders, Josh Qualtieri, runs the tabletop gaming company ZombieSmith (in addition to his design work at Pixar). Qualtieri works with Blankenship, HHoffman, and Topolski on creating ZombieSmith products. Now, the five are shifting to video games.

Steel Wool isn’t talking too much about its first game, but Dayton did go on the record with a few minor details.

The studio will call the first release Flyhunter Origins. Additional chapters will share the Flyhunter name.

Steel Wool hasn’t solidified which platform to debut the title on, but they are keeping all potential options on the table. That includes PC, mobile, and even Wii U eShop.

As for the genre, Dayton would only say that it is partially a platformer with chase sequence minigames.

Gameplay is one of those things that they’re concerned about getting right. Steel Wool has 11 additional employees and contract workers that the founders brought on to fill in the gaps that movie professionals don’t have the skills to fill.

“With Pixar, story is king,” said Dayton. “That’s turned on its head when you get into the game world, where gameplay is king. Story serves the purpose of gameplay. But [gameplay] does sort of correlate to story — it’s not a direct 1-to-1 ratio — but [just like] story has a series of overall arcs, gameplay and level design [should have arcs].”