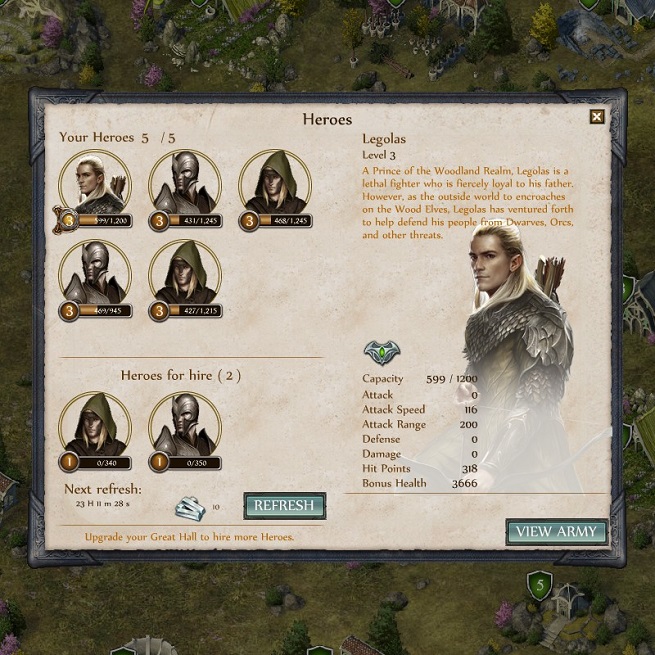 After making a killing on mobile, Kabam and Warner Bros. are launching a new version of their Hobbit game on Facebook and the web. The companies launched the Kabam-created free-to-play browser game, The Hobbit: Armies of the Third Age.

The new launch follows the successful debut of The Hobbit: Kingdoms of Middle-earth for mobile devices. That game debuted in the fall before Peter Jackson’s blockbuster film, The Hobbit: An Unexpected Journey, hit theaters. Now as that movie from New Line Cinema and Metro-Goldwyn Mayer Pictures debuts on disc and streaming, the companies hope to cash in on another transmedia game. This one will be available on Facebook, Kabam.com, and the Google Chrome Store.

I’m still playing the mobile version of the game, which is typically addictive in that it resembles many other Kabam games, such as Kingdoms of Camelot: The Battle for the North. In the mobile game, you build up your kingdom and armies, join an alliance (mine is the Levellers — hi, mates!), and then battle other players in real-time fights that can involve scores of players. You grow your Might and try to wipe the enemies off the map.

That mobile game was the No. 10 grossing game worldwide on iOS in January, and it was one of the top 15 games on Google Play that month, according to market researcher App Annie.

The Hobbit: Armies of the Third Age is similar. But you can’t cross-play between the mobile and the web versions. In the new game, you select a character like Bilbo Baggins, Thorin Oakenshield, and Radagast the Brown. You lead an army of Elves, Dwarves or Orcs in a tactical combat game. You can join alliance and partake in an epic war online.

“The Hobbit: Armies of the Third Age and The Hobbit: Kingdoms of Middle-earth deliver two immersive and dramatically different ways to experience the most iconic fantasy world of all time, across the Web and mobile devices,” said Andrew Sheppard, the president of Kabam Game Studios. “Kabam is unique in its ability to deliver compelling, high-fidelity free-to-play games across genres and platforms.”

The new Hobbit game is available in English, French, German and Spanish.

“The Hobbit: Armies of the Third Age from Kabam and Warner Bros. Interactive Entertainment is a great example of the type of high quality games being built on Facebook,” said Sean Ryan, the director of Games Partnerships, Facebook. “Kabam’s first strategy game Kingdoms of Camelot launched on Facebook in 2009 and became a major franchise, and we’re excited to see Kabam build their latest game on Facebook. As the Facebook games ecosystem grows, we look forward to seeing more highly engaging experiences from Kabam.”

“We’re eager to bring The Hobbit: Armies of the Third Age to the millions of Middle-earth fans who engage online,” said Greg Ballard, the senior vice president, digital games, for Warner Bros. Interactive Entertainment. “The Facebook and browser-based portals are key locations where The Lord of the Rings and The Hobbit film fans can regularly engage with Middle-earth in a shared interactive environment.”