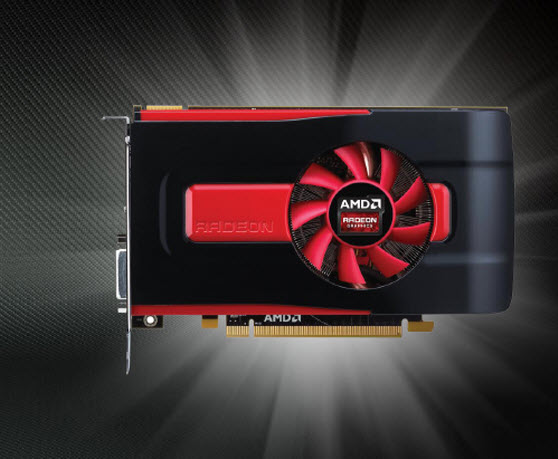 Not everybody has the cash to buy a face-melting gamer PC. But Advanced Micro Devices is prepared to make the buyers of midrange, moderately priced game computers feel pretty darn good.

The Sunnyvale, Calif.-based chip maker is introducing its AMD Radeon HD 7790 graphics chip today. Code-named Bonaire, the new chip will be pretty impressive, with 2.08 billion transistors, or the basic on-off switches of electronic devices. The chip runs at 1 gigahertz and has 896 stream processors and 14 non-graphics compute units.

But even as a midrange device, it’s no slouch. It can process data to memory at 6 gigabits to second and power six displays at the same time while consuming about 85 watts of power, said Evan Groenke, an AMD graphics product manager, in a press briefing. It will be interesting to see if the super geeks debate whether this chip will be more powerful than what Sony will use in the upcoming PlayStation 4 video game console.

AMD doesn’t really care as it has the console business locked up. Its chips are used in the Nintendo Wii U and the PlayStation 4, and they are rumored to be in Microsoft’s next game console. The company says it is doing well bundling leading games like Tomb Raider with its graphics cards.

“AMD is a leader in all aspects of gaming,” said AMD graphics product manager Devon Nekechuk. The graphics card has a 128-bit memory interface and can process 1.79 teraflops, or intensive math equations.

The company says its chip is on average 20 percent faster than rival Nvidia’s GeForce GTX 650 Ti chip in running games such as Skyrim or Far Cry 3. Seven major graphics card manufacturers are shipping the product now. Prices are to be announced.