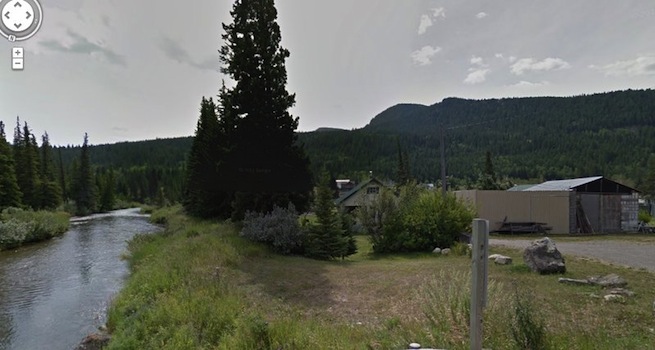 A 22-year-old currency trader is selling his grandparents’ house for as many Bitcoins as he can get his hands on.

Taylor More put the listing up for the family home (pictured above) in Alberta, Canada, several days ago. He told me that the property is worth about $395,000, according to a realtor appraisal.

“This is a good way to get in on the movement early,” he told me. “It’s the best way I could think of to get as many bitcoins as possible.” More is so passionate about the cyber currency that he is willing to negotiate or accept a partial payment.

Bitcoin is a cryptographically secure currency that operates without a central authority, unlike the dollar or yen. It is a favorite of the libertarian and hipster crowd, but it has gained some legitimacy, with sites WordPress.com offering updates in exchange for Bitcoins.

More has yet to receive any offers for the quaint 2-bedroom bungalow that sits on 2.9 acres and boasts mountain views. The problem is that only a handful of people have collected enough Bitcoins needed (between 5,500 and 7,000 depending on the highly fluctuating value) to purchase a house.

More claims this is the first time anyone has sold a house in exchange for Bitcoins.

He hopes to make a profit from the transaction in the short term. Stories of cybercurrency traders making real money by trading Bitcoins are increasingly common.

For this reason, coupled with the fact that there is no centralized authority, it’s considered by some to be the most dangerous project on the Internet.

More’s convinced that Bitcoin will be appealing, given the banking crisis in Europe. He references recent news that one of Cyprus’s largest banks is freezing ATM withdrawals.

He is also hoping the house sale will lure some of Bitcoin’s early adopters. The would-be entrepreneur is working on a project that involves “needing a lot of Bitcoins,” but More would not disclose any further details. 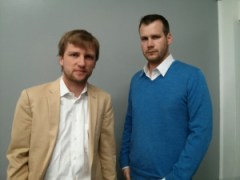 Bitcoin evangelists say that More isn’t crazy — and that the house sale is a strategic move for any financier.

Jered Kenna is one of the early proponents of the Bitcoin craze. Kenna announced this week that he would be relaunching TradeHill, a site that was one of the largest Bitcoin exchanges, but was shut down after being embroiled in a string of payments fraud charges.

Kenna said if the house sells, it would be an important milestone. “There are people who would buy it for bragging rights alone,” he said.

He continued, “In June of 2011, I called Bitcoin an experiment during an interview with the NY Observer and advised not to bet the house. Had he sold his house for Bitcoin then it would be worth $1.6 million today.”

Tradehill COO Ryan Singer advised that More should still use the normal broker approach to negotiating and documenting the transaction, as Bitcoin is just a settlement mechanism.

As for the grandparents in question, More told me they have recovered from the shock and are moving east to be closer to him. More’s father, a professional hockey player, owns the house and would be financially responsible if the bet doesn’t pay off.

“My family knows it’s for sale, but I’m going to give it some time before I throw this Bitcoin idea on them,” said More.

For more information, check out the house listing here.