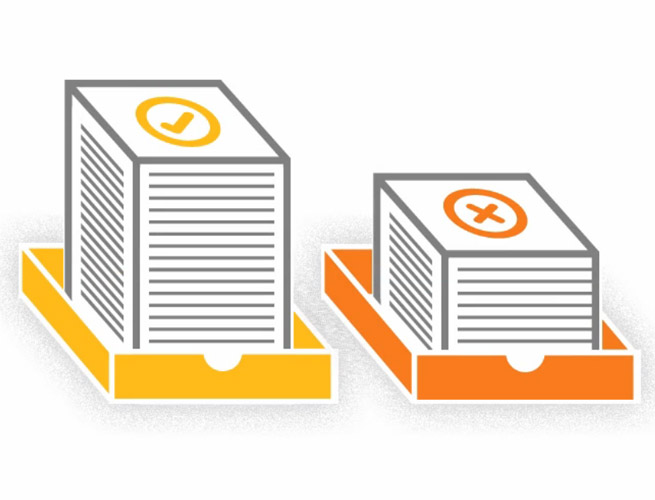 Ever had to collect thousands of applications and whittle them down to find the best hundred candidates? Universities and businesses do it all the time, and it’s not an easy task.

New York and Cleveland-based DecisionDesk wants to change that. The company takes the application and selection process into the cloud, promising to make the lives of administrators a lot less stressful. And it just raised $1.75 million in new funding to keep innovating.

Here’s how it used to work: Let’s say you are a music program for a major university. You get hundreds (or maybe thousands) of video auditions when students are applying to your program. Employees at the college have to review all of these materials to select the right candidates. But most of the software used to process these materials is on-premise, so the review process is not easy to manage among remote and traveling employees.

DecisionDesk skirts all of those conventions by streamlining the process and offering its software in the cloud, making it accessible from any browser and on mobile devices through HTML5. On the back-end, everything runs on Amazon Web Services. To date, the company has processed more than 56,000 applicants, more than 200,000 files, and about 100,000 reviews.

“This opportunity presented itself when we looked at the legacy providers in the market,” DecisionDesk CEO John Knific told VentureBeat. “Some of these services aren’t even online and require you to locally store content. People are still sending DVDs and cassette tapes to these programs.”

Not only does DecisionDesk’s software streamline the application process, but it also does advanced filtering. This way, if a candidate has a major red flag (like they don’t actually play an instrument), they can be taken out of the reviewing process faster.

Knific said the average amount of time saved on each application is two hours. The company’s biggest clients have as many as 5,000 applicants for a single program, which means up to 10,000 hours can be saved with each batch of applicants.

DecisionDesk is already working with a number of universities and prestigious programs, including the University of Michigan, University of Southern California, Northwestern University, Carnegie Hall, and the Fulbright Scholars Program. But much like hot research startup Qualtrics, DecisionDesk is building its roots in academia and then plans to branch out to bigger companies.

“We’d like to disrupt other areas that focus on tryouts and auditions,” Knific said. “In theory, we could replace casting agencies. We’d also like to get into HR.”

To help with its mission of making the application process easier, the company has raised new funds, which come in two parts. DecisionDesk took $1 million in capital from angel investors in Ohio and New York, led by North Coast Angel Fund. DecisionDesk also scored a $750,000 loan from the state of Ohio, called an “Innovation Ohio Fund Loan.” Combined with $400,000 in prior seed funds, the company has raised $2.15 million in funding to date.

The new funding will go toward expanding its 15-employee team and working on with new products. The company says it is discussing future funding with several VC firms.