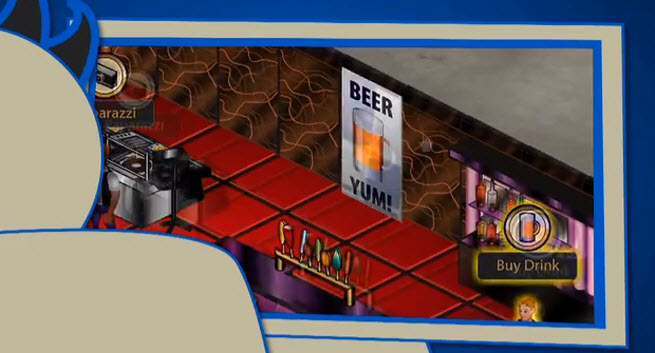 MediaSpike brings product placement — like the branded soda cans you see in movies — into social and mobile games. And the company is making considerable headway on its mission.

The company is announcing today that it has won Pepsi as one of its early customers and has hired social startup veteran Manny Anekal, formerly of Kiip and Zynga, as its chief revenue officer. It has also signed up gaming firm Gaia Interactive as one of its partners. 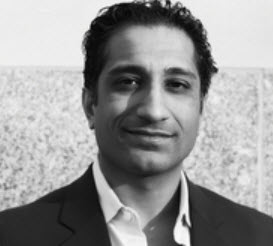 It’s hard to get gamers to pay attention to banner ads in mobile apps or social games. The company calls this “banner blindness.” But MediaSpike creates ads that players notice because it inserts them into the middle of games. It is part of the gaming experience, like the beer sign pictured above. You can imagine that the sign could be a Pepsi logo instead, and the customer at the bar could be buying a Pepsi.

Blake Commagere, a pioneer of early social games such as Vampires founded the company. He created MediaSpike in 2011 and raised an undisclosed amount of money from Raptor Capital, CMEA, 500 Startups, Venture51, EchoVC, and HNK Ventures. Chief operating officer John McCrea joined in November.

Anekal led in-game ad sales at Zynga, Electronic Arts, and Microsoft. He has worked in the field of game ads for eight years. He will operate in the company’s New York office.

“I’m super-psyched to join this team,” Anekal said in an interview with GamesBeat. “I’m excited about where we are going next.”

MediaSpike is also announcing today that it will be able to place product ads in games for iOS and Android. Developers can integrate product placement ads into their games without doing custom development work. Anekal said the team had been trying to get customers for the past quarter and it is now starting to bear fruit.

Pepsi recently developed a campaign with OMD for Gaia Online for virtual Pepsi vending machines. Players engaged with the vending machines beyond Pepsi’s expectations. Nearly half of the people who saw a digital ad not only noticed it; they walked up to it and clicked on it. That’s far better than a typical click-through rate of a few percent for banner ads. Anekal said that MediaSpike is creating standard ad sizes that will enable for the quick creation of ads that can be quickly placed into games.

Andrea Harrison, the director of digital brand Marketing at PepsiCo Beverages, said “The outcome of the campaign reinforces the importance of innovative digital engagement advertising. We love seeing these kinds of results.”

Christopher Castagnetto, the director of sales and business development at Gaia Interactive, said, “For a small, one-time integration effort you get a new, ongoing revenue stream that also enhances the user experience. We’re looking forward to many more product placement campaigns.”