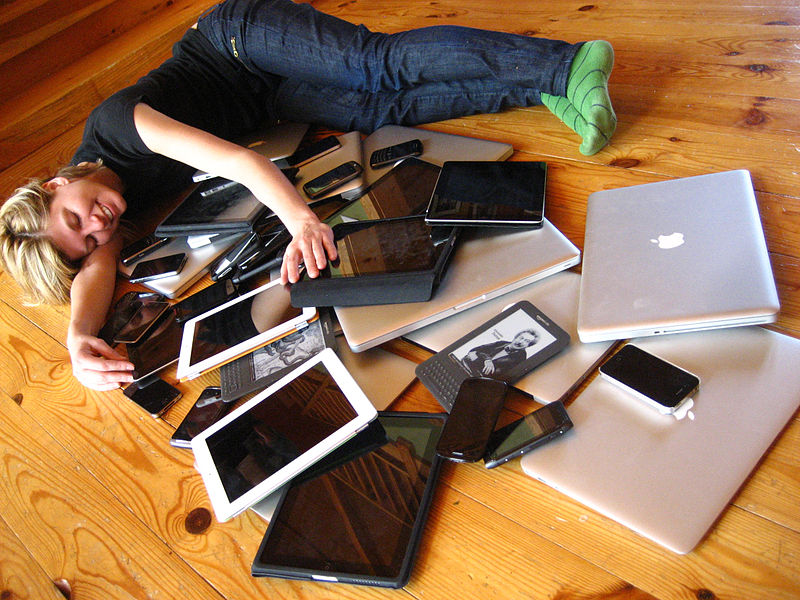 NEW YORK, NY — Deloitte released its seventh annual “State of the Media Democracy” survey yesterday, and its findings suggest there is even less hope for the human attention span than previously thought.

To compile the survey, the consultancy analyzed the digital consumption habits of over 2,100 American consumers aged 14 and older.  The report said that from 2011 to 2012, there has been a 160 percent surge of “digital omnivores,” or people who own smartphones, tablets, and laptops. Americans who own this trio of devices now represent a quarter of the domestic consumer market.

Digital omnivores often consume digital content on all three devices simultaneously, and 80 percent of this concurrent-multi-device content viewing occurs inside the home while people are watching television, the report said.

The report’s other notable discoveries:

* There was a 177 percent spike in tablet ownership, and tablet owners are 70 percent more likely to stream movies. Also this group is projected to watch more movies than any other video content in the next 12 months.

* In the last year, people in the 14-to-23 age bracket have doubled the rate at which they access online video services. This group is also 10 times more likely to watch television on tablets than it was the year before.

* Online video game subscriptions have increased by 47 percent in the last year; and video game advertising affects millennials more than any other consumer segment.

“This new reality creates opportunities – and an imperative – for organizations to differentiate themselves by utilizing multiple platforms to reach prospects and serve their customers,” said Gerald Belson, Deloitte’s vice chairman, in a prepared statement.

Above: “Cuddling with Multiple Devices.”