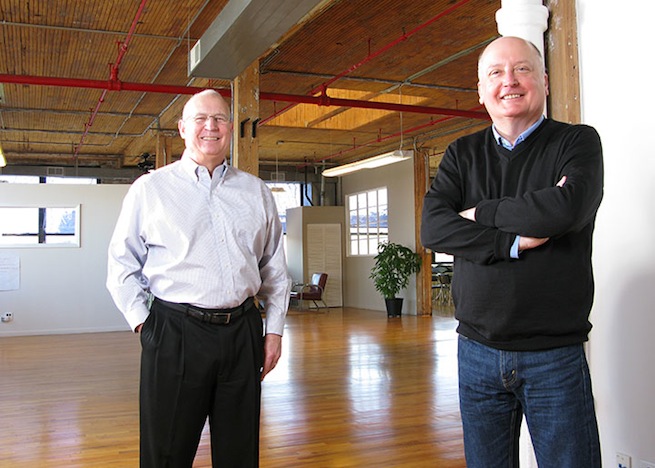 Entrepreneurship is too often viewed as the realm of twenty-something, college dropouts with a crazy idea.

For Mark Snow, a 63-year-old long-time insurance executive (pictured above), it was a no brainer to start a cloud computing company. “The thought of playing golf every day is not something I look forward to,” he said in an exclusive interview with VentureBeat.

The idea for his newly-launched startup SafelyFiled originated when Snow saw a need for a storage system for paper-based (wills, birth certifications, and so on) and digital documents. SafelyFiled isn’t designed for a generation of digital natives, so it’s highly-intuitive to use.

Just set up an account on SafelyFiled, snap a photo on a smartphone via the free iPhone app, and documents are automatically uploaded into a cloud-based storage system. The technology is targeted to seniors and caregivers, which as a whole, is booming and shouldn’t be underestimated.

The company makes money by charging account-holders $48 per year or $4.50 per month. This lets you upload and store 1,000 documents, including photos, which is enough storage space for personal use.

Based on feedback on the beta, Snow sees an opportunity to reach thousands of small businesses and professional organizers.

Snow heads up the SafelyFiled team as CEO, but he recently recruited a CTO, Terri Caldwell, who previously worked at Cisco Systems, and a senior engineer, Susan Hinrichs, who lectures on computer security at the University of Illinois. The team has poured about $400,000 into the company from personal funds and private investors.

According to the AARP, a membership organization for people age 50 and over, SafetyFiled is one of hundreds of new startups founded by seniors.

“Any time is a good time to take risks,” said Snow.

For more info on the product, check out the video below.