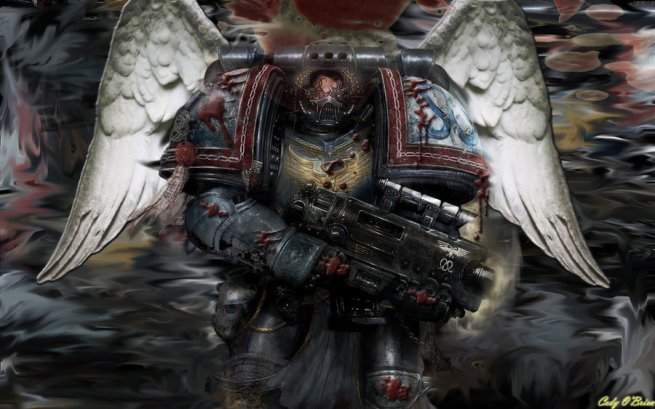 The long-running Warhammer 40,000 table-top gaming series won’t get its massively multiplayer online game. That died when defunct publisher THQ was attempting to turn around its financials in 2012.

Instead, the venerable gaming franchise will get a new mobile game.

Roadhouse is working closely with publisher Games Workshop, which holds the rights to Warhammer 40,000.

“We are incredibly excited to bring a part of Warhammer 40,000 to life on mobile and tablet and it’s great to work with Games Workshop,” Roadhouse Interactive president Tarnie Williams said in a statment. “The legions of fans of Space Marines will now be able to fight the Ork menace while on the move.”

This is Roadhouse’s first mobile game. Simultaneously, this is the first official smartphone game for the Warhammer 40,000 franchise.

“The work we have seen to-date from Roadhouse makes us extremely confident that this new mobile title will be a fantastic addition to the range of digital games we are building,” Games Workshop head of licensing Jon Gillard said. “We are extremely pleased that Tarrnie and the guys at Roadhouse Interactive, who are both veteran developers and very familiar with our IP, are going to help expand the Warhammer 40,000 universe into the hands of mobile gamers with this unique take on it.”