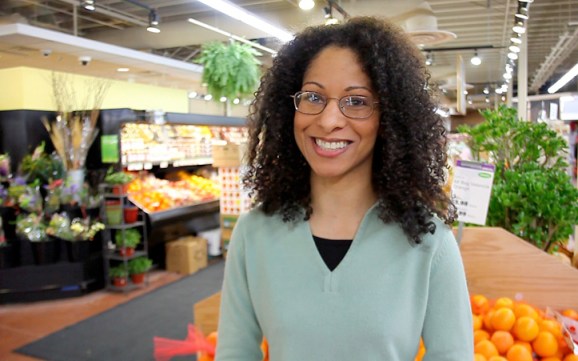 Why is there so much hate online? In the words of one beat-up, mistreated, and racially-targeted victim, why can’t we all just get along?

Or should I say the reactions. By everyone involved.

I have been in email communication with both the fired Adria Richards and the fired PlayHaven developer for the past two days. They are reasonable, normal, approachable people. And right now they’re both scared and bewildered at all that has happened.

But this morning Adria broke my heart, and the hearts of all those who give a damn about women in technology.

Last night, at about 2 a.m., after a series of emails with her, I said this:

Tell me at least that u will not be the next Kathy Sierra.

Kathy Sierra is a smart, passionate, funny woman in technology who essentially said her goodbyes to the online world after receiving multiple rape and death threats for, essentially, being a woman in technology. Hacker Andrew Auernheimer, who was just sentenced to 41 months in jail for an unrelated (and controversial) crime, was one of those who harassed her. Sierra’s last blog post, from her awesome “Creating Passionate Users” blog, was in 2007.

The worst thing that could happen here in this new situation — along with a developer losing his job and his ability to provide for his children — is that as a result of this incident, we’d lose another smart, passionate, funny, and awesome woman in technology. But that might happen.

And that broke my heart. And that made me get up and write this on my day off. And I hope it breaks yours.

Look, whatever “side” of this you’re on, here’s what happened:

I’ve been cursed and pilloried and told to go kill myself by people on both sides of the issue just for writing about these events. People from both sides see what they want to see and, like trained attack dogs, go in for the kill with little consideration, no mercy, no nuance, no shades of grey. They are so blinded by their self-righteousness that they’re perfectly OK with perpetrating more metaphorical violence in the service of their almighty god-blessed cause.

It’s been unbelievably worse for Adria.

She’s been extensively hated on. Threatened with rape. Threatened with decapitation — I saw the tweet with a picture of a stripped dead woman, bloody on a bed, head unattached to the torso, myself. (It’s now deleted and the Twitter account has been suspended.)

And yeah, it’s been horrible for the PlayHaven developer who lost his job. Who had his character and reputation assaulted in public. Who now has to find a new job in tech to support his kids. What’s worse, is that he’s not in Silicon Valley, where coders are in crazy urgent over-demand and a job is a cheap commodity to be tossed aside and picked up again whenever you wish. It won’t be easy for him.

So now here we are.

A developer has lost his job for no really good reason (as Richards has also said). The Internet exploded, with a significant chunk of it spewing hate and vitriol, including rape and death threats. A developer evangelist has lost her job too, for no really good reason. And women and men in technology have even more baggage and mistrust to process .

Where’s the forgiveness? Where’s the acceptance? Where’s the ability to not fly off the handle and go apeshit at zero to sixty when we see something we don’t like or we have a problem? Why do we feel we can call people whores, or idiots, or scumbags, or worse, just because there’s a computer and some wires between us and them?

Do we now live in a culture where there are no second chances, where there’s no ability to call a Mulligan, get a do-over, or just have a bad day?

Who can live that like? Who’s the perfect one among us who doesn’t screw up?

I’ve been slandered by both sides for my perceived bias on this, and I agree that no person and no journalist is completely unbiased. I’ve tried to draw a balanced line here, but I figure that if I’m going to be damned, I might as well be damned for what I actually believe.

So here it is:

Everyone escalated, instead of taking a half a moment to think, relax, chill, give the benefit of the doubt, be a little easy-going, and realize that everyone is bloody well human and we all make mistakes.

Once the PlayHaven developer was fired, that was the tipping point. Then the Internet erupted, as male developers saw one of their own attacked for something that just about every man can envision himself doing. Then hackers targeted SendGrid with a DDOS attack.

Then SendGrid took the next step in escalation. And cowardice. They cut and run, and left their employee hanging in the wind. And made a bad situation even worse.

But SendGrid had another option.

Its leaders could have taken a leadership role. Maybe create a forum to talk about this issue. Bring Richards and the PlayHaven developer together for a public conversation. Ask Richards to extend an olive branch, which she already basically has done, by saying she didn’t intend for him to lose his job and that she feels bad that he did. Offer the dude a job. Ask Richards and him to come to a public understanding. Wrap it up in a bow and turn poisonous lemons into lemonade: a chance for us to advance the conversation between women and men in technology without the yelling, without the threats, without the hate.

And I think they would have come out like heroes.

What does this mean for women in the future who try to take a stand (whether right or not)? What do you do now if you are a woman in technology and you feel harassed or abused and want to shine a light on it, but now see this prominent woman totally abandoned by her company?

I’ll tell you what you do, unless you’re a saint or a hero. You shut up. You put your head down. You grin and bear it, because it’s a man’s world. And you leave, eventually, for a better place.

And we’re all poorer as a result.

Since March 20, she has not published a single tweet. There have been no new posts on her blog.