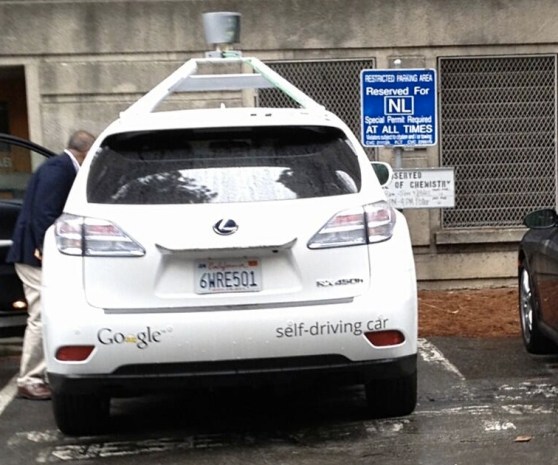 It’s got a 64-beam laser rangefinder, four radar units, a camera, GPS, inertial measurement unit, wheel sensors, and enough processing power in its onboard computers to crunch through all the data those sensors generate, create a 3-D map, apply custom algorithms, and compute a safe driving path — and do all that many times per second. Yes, it’s a brainy car.

But that’s nothing compared to its apparent self-image. A photographer spotted Google’s car on the U.C. Berkeley campus earlier this week. The place it chose to park? A parking space reserved for one of Berkeley’s eight Nobel laureates.