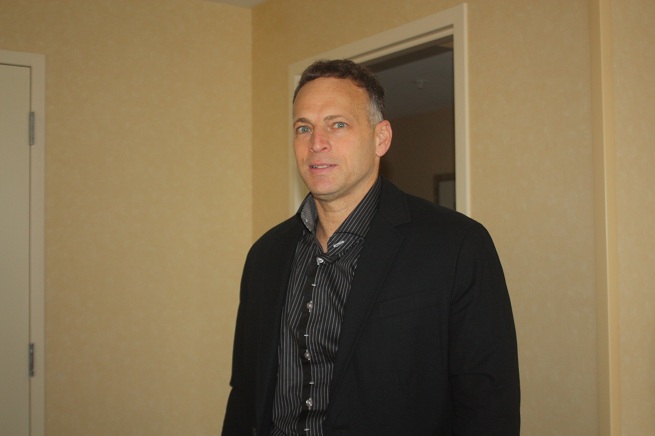 Jeff Herbst and his employer Nvidia “get it” when it comes to emerging technologies. For a long time, he has been finding startups for Nvidia, the world’s largest maker of standalone graphics chips, to invest in. Back then, his team found Keyhole, a mapping startup that later became Google Earth and which spurred demand for non-gaming 3D graphics on PCs. 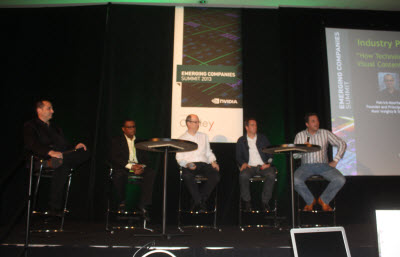 The goal isn’t just to make money but to lift the whole ecosystem for visual computing so everyone can prosper. Such investments are aimed at spurring activity in Nvidia’s business, which includes Tegra mobile processors and CUDA non-graphics computing functions performed by its graphics chips. This week, Nvidia expanded that further with the launch of its Grid Visual Computing Appliance server and its future graphics chip roadmap.

Herbst, the vice president of business development at Nvidia, has been staging tech contests at company events for the past five years. At  this year’s GPU Technology conference in San Jose, Calif., Herbst hosted the fifth annual Emerging Companies Summit, where 21 companies made appearances to pitch investors. All of the companies were riffing on the theme of visual computing, which Nvidia espouses as a way to broaden the reach of its graphics processors.

Here’s an edited transcript of our interview with Herbst.

GamesBeat: So this is your latest Emerging Companies Summit. What’s new?

Jeff Herbst: Yeah, we’ve come back. Our fifth event in San Jose and our eighth event worldwide. My two themes for this year were to explain to people who Nvidia gets it and that we’re here to help.

When I say we “get it,” I mean that when people are doing things with graphics processors and visual computing, high-performance computing, cloud computing, mobile computing, and they want to explain it to someone who is going to understand what they’re doing and why, we’re here. We get it.

There’s a story that Keyhole Corporation, now known as Google Earth, came to us back in 2001. Nobody got it. Keyhole itself thought that the application was going to be used for real estate developers and real estate professionals to be able to view property before they bought it. I immediately realized that that’s a decent market. It’s probably in the millions. But there are billions of people that use Google and Yahoo and all the other search engines and portals. They were having trouble getting people to give them money based on that original business model. 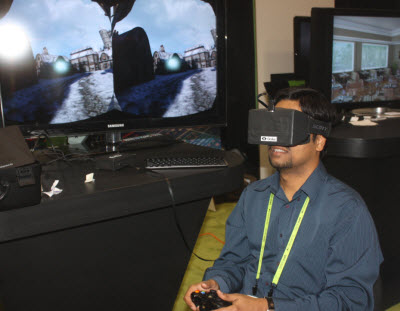 GamesBeat: How have the amounts available to you changed over the years? How much can you invest in a year?

Herbst: We have no limits, up or down, on what we can do. It’s all based on the amount of strategic synergy that we find with the companies. We’re not financial investors in that we typically don’t invest without some kind of strategic partnership associated with the investment. If the companies don’t really need our money or there are Sand Hill Road VCs that want to give them money, we’re more than happy to facilitate that and watch those companies prosper and those investors prosper. Our ecosystem benefits from that.

To us, it’s all about building the ecosystem. It’s not about financial returns. However, to the extent that we do invest, we would like to achieve both. We won’t invest in things that don’t have a promise of financial return. It’s a delicate balance.

GamesBeat: Historically, have you been going up or down with the investment amounts over the years?

Herbst: Our investments have ranged from $500,000 to $10 million. We just made another investment in the $2-million range. We haven’t announced it. Our sweet spot is probably about $2-3 million. It depends on the situation. There’s no reason we couldn’t invest a lot more than that if the situation dictated it.

GamesBeat: Have you had a cycle of sorts as well? Was there a peak here for you and a fall-off from that?

Herbst: We were very active about two or three years ago. Then we became a little bit less active for a variety of reasons, one of which was — I think when you invest in companies, you want to have great partners, and you want to have financial investors backing you. The venture cycle tailed down over the last couple of years. I feel it’s coming back, though.

We’re also seeing a lot more opportunities for us to synergize companies with more than just giving them money. I expect the cycle to keep moving up. Right now our active portfolio is about 10 companies. We’ve had some exits in the past. I would give you all the names, but we don’t publicize all the things we do. It’s not about us. We don’t feel like we have to put out a press release every time we invest money in some startup to boost our own ego or pump our own company.