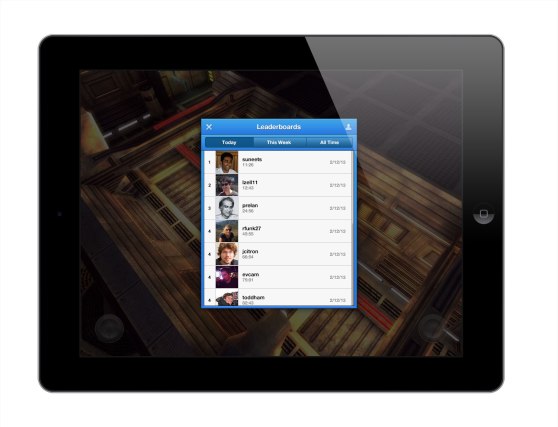 OpenKit is unveiling the first version of its open-source backend social infrastructure for mobile games. That is the first step in helping thousands of mobile game developers get over the loss of their now-defunct OpenFeint predecessor platform.

OpenKit is the brainchild of Peter Relan, head of the YouWeb incubator, which spawned OpenFeint and then sold it to Gree for $104 million. Last fall, Gree decided to shut down OpenFeint, leaving thousands of game developers with the tough decision of migrating to Gree’s own competing platform or going somewhere else. OpenKit is targeting those developers who decided to move on. The current version is part of a closed beta test, and the open beta is expected to come in April.

“The value proposition is open source, where you never get locked in,” Relan said in an interview with GamesBeat. “It is true cross-platform. That is central to the OpenKit strategy, and it is validated by the interest in it.”

The unique thing about OpenKit is that it will be open. It will allow developers to take their user data and source code and move to another backend social infrastructure, if they wish. The first version of OpenKit isn’t a full replacement for OpenFeint yet. The initial features include cloud storage for games based on Unity’s game engine.

Relan said developers requested this feature the most, and it is something that game makers don’t really want to handle on their own. With this feature, players can save their games in the cloud. Another feature in version 1.0 is leaderboards, where players can see who is ahead of them on the scoreboards. Later on, Burlingame, Calif.-based OpenKit will add achievements.

“For most of the people who build these games, their head explodes if you ask them if they want to run their own servers,” Relan said.

More than 1,000 developers have expressed interest in OpenKit. So far, 50 are working closely with OpenKit in the beta test. About 60 percent of the developers are on both Android and iOS. The remainder is evenly split among those two platforms. So far, OpenKit is not supporting Windows mobile devices.

Matthew Simper of Snowbolt Interactive, one the first developers selected for the OpenKit private beta, said “OpenKit will enable all our players to experience the satisfaction of not only besting their friends but proclaiming it to all.”

The announcement could mean a lot to independent mobile game developers, who want to offload the work of creating social integration via a common backend infrastructure. With OpenKit, which is both a company and a platform, the developers can be assured that they will always be able to access their own game data for the open-source platform.

Relan announced the open-source platform effort after Gree (which acquired OpenFeint in April 2011 for $104 million) shut down OpenFeint in December. He emphasized that game developers could safely adopt OpenKit because, if it ever shut down, they could take their game data and the OpenKit source code and move it to another platform. That was not the case with Gree.