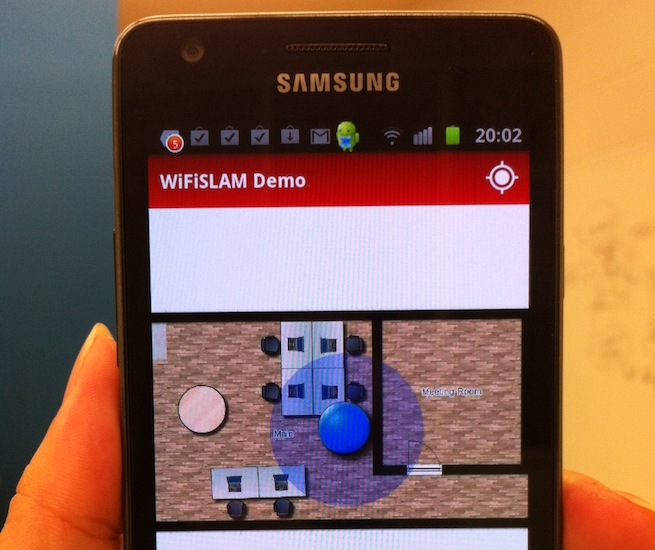 As if Apple’s push to get all your data into the cloud weren’t enough, the company now wants to find out exactly where you are while indoors, according to its latest acquisition.

Apple has recently purchased indoor-GPS location service WifiSlam for a cool $20 million, according to a Wall Street Journal report today. While Apple did confirm the purchase of the company, it didn’t comment on the sale price, which WSJ learned from an anonymous source familiar with the deal.

Founded in 2010 by former Google engineering intern Joseph Huang and Jessica Tsoong, WifiSlam develops technology that allows mobile apps to find a person’s exact location inside a building by using Wi-Fi signals. Such tech has been alluring to brick-and-mortar retail organizations that want more location-based data on customers as they browse a store, not to mention museums, malls, and convention centers. VentureBeat first reported on WifiSlam way back in August when the company debuted its technology.

Apple’s purchase isn’t all that surprising, as the company’s location-based services are severely lacking. The company was widely ridiculed when it decided to ditch Google Maps last year in favor of its own native map application for the iPhone. The native app was so bad it caused Apple CEO Tim Cook to issue a public apology as well as launch a marketing effort to push iPhone owners to better third-party mapping apps.