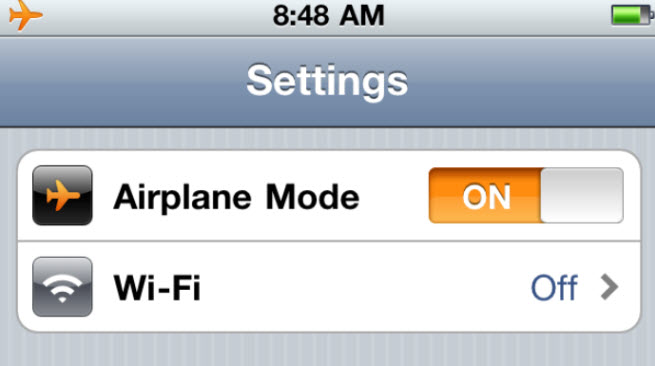 The Federal Aviation Administration is thinking about relaxing rules for using electronic gadgets while aboard planes. Rather than requiring passengers to turn off their devices during takeoff or landing, the U.S. federal agency may now merely require passengers to put their reading devices into “airplane mode.”

The FAA set up a working group last year to study to the use of portable electronics on planes, and the agency may announce the recommended change during takeoff and landing regarding “reading devices.” That includes devices like the Amazon Kindle, but it apparently will not include cellphones. An Apple iPhone or Google Android mobile phone can’t be used, but an iPad might be OK. The group is expected to announce findings by July 31.

The New York Times reported that one FAA official, who asked for anonymity, said the agency was under a lot of pressure to either allow reading devices on planes or provide scientific evidence for why they cannot. The concern has been that the devices might interfere with a pilot’s ability to control the electronic gear in a plane. Right now, it is OK to use electric razors and audio recorders in a flight. The FAA declined comment to the New York Times.