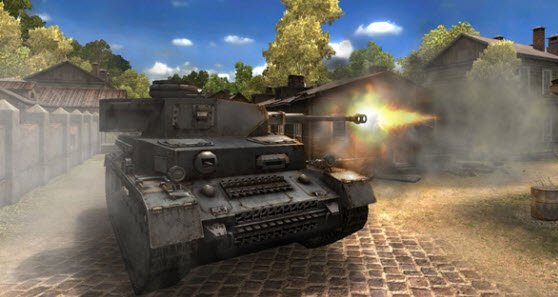 Tangentix has closed a $2.1 million funding round to finance its compression technology that can make game downloads three times faster. If the technology works, the company will be able to address a problem that is a major pain for players.

The technology will become increasingly useful as digital downloads via services such as Valve’s Steam and Electronic Arts’ Origin become a bigger part of the overall game business. A typical high-end release uses about 11 gigabytes of data. But with typical Internet connections that download data at 3 megabits to 4 megabits per second in the U.S., it can take many hours, and even days, to download a full title. Many gamers give up, and that turns into lost sales. Tangentix is attacking this major problem with better compression tech.

The firm says it can do this without requiring publishers or developers to integrate a software development kit, applications programming interface, or any other coding. Tangentix simply re-encodes the data from a finished gold disc on its own servers and then provides another gold disc to the publisher for normal distribution.

It says the compression is high-definition, meaning it doesn’t introduce artifacts or lower the fidelity of graphics. The technology even works on connections as slow as 256 kilobits per second. The faster download time also reduces a publisher’s cost for game distribution.

“The funding marks a major milestone for Tangentix as we work to implement our compression technology in multiple AAA titles and deploy a new paradigm for PC and Mac game discovery,” said Edward French, CEO of Tangentix, in a statement. “We believe the growing size of games is a real challenge for publishers and gamers, and next week, we’ll be able to show the world what we’ve developed that addresses the problem and will get people playing traditional AAA games in new ways.”

In the past, compressing data often meant making compromises that hurt the quality of the images being reduced. That, in turn, reduces the realism of the game and the sense of immersion that the player gets from being part of a virtual world. To date, Tangentix has compressed seven games for customers and is in discussions to do more during 2013. The company was able to take Call of Duty: Black Ops II and reduce it from 14.5 gigabytes to just 4.8 gigabytes.

The new technology comes from Hassan Ugail, a professor at the University of Bradford in England. He did research into the use of partial differential equations to represent 3D surfaces in a more efficient manner, and he uses that approach to mathematically compress data so that it takes up less space. He tried to use this technology to spot the faces of terrorists in 3D images for security applications. But it didn’t work so well since a lot of people can look like images of known suspects.

Since 2009, Ugail worked on the process with EV Group, a seed fund that incubated the technology. They built a team around the video game application and have now created a startup in Sheffield, England. Chris Deering, former chairman of Codemasters, is the chairman. Ian Livingstone, former president of Eidos, is on the board. David Reitman, formerly at Gaikai, is an advisor for the board. The company has 10 employees and is actively hiring.

Tangentix is demonstrating the technology at the Game Developers Conference in San Francisco this week. Rival technologies include cloud gaming, which skips the download altogether and hosts titles in the cloud, sending only a video stream to players. The proponents of this technology include OnLive, Gaikai (owned by Sony), and Otoy.