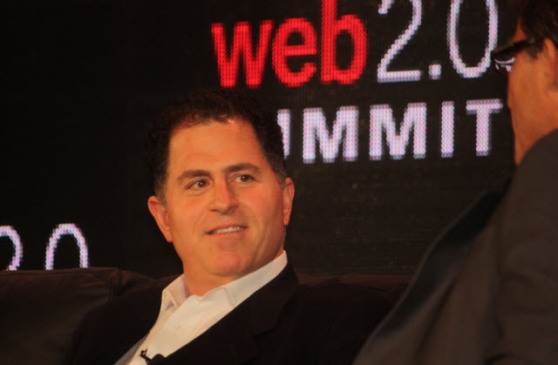 Michael Dell put his company in play in his bid to take it private. But with rival bidders now stepping forward, he runs the risk of losing control of the company that bears his name, according to a story in the Wall Street Journal.

The Blackstone Group and activist investor Carl Icahn have expressed interest in making a bid for the Round Rock, Texas-based computer maker.Their bid will reportedly top $15 a share.

Dell himself has partnered with Silver Lake Partners to buy the existing shares of the publicly traded company and take it private at $13.65 a share, or $24.4 billion. Shareholders have complained that the price of Michael Dell’s bid is too low.

Michael Dell owns 14 percent of the company he founded as a mail-order PC company in 1984 in his dorm room. The Silver Lake buyout would give Michael Dell majority control and the ability to call the shots as he sees them to revive the company. But if Blackstone and Icahn win, then Michael Dell may be sidelined, the Journal said. Dell declined comment.