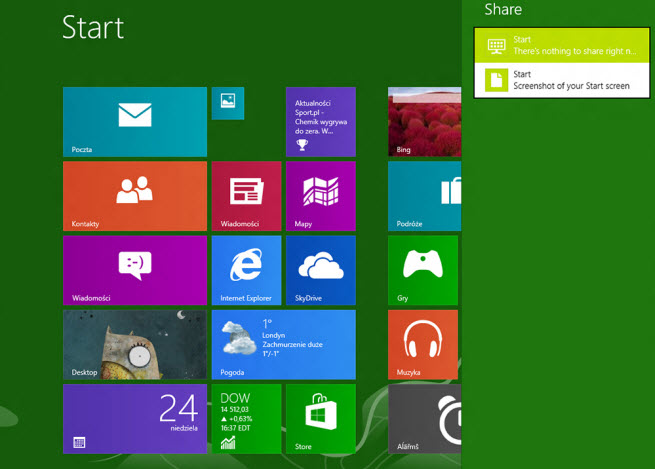 Screenshots and early builds of Windows Blue, the successor to Windows 8, have leaked online. And they pretty much look like Windows 8.

Winforum has posted screenshots of how the company is bringing smaller tile sets to the desktop to the Start Screen. The build is described as version 9364, which was compiled for a partner on March 15. It’s now available on file-sharing sites.

Windows Blue will evidently give you greater control over the color personalization options. And it will enable you to place apps side-by-side in the Windows 8 view. The alarm, calculator, and sound-recorder apps can take advantage of new “snapped apps” views.

Microsoft is also making changes so tablet users don’t have to use the desktop control panel to change their options. Meanwhile, Cnet reported that Windows Blue will ship with the Haswell version of Intel-based Ultrabooks, or thin and light laptops. Haswell is a new generation of power-efficient chips from Intel which will deliver the “the single largest generation-to-generation battery life improvement in Intel history,” according to Intel chief executive Paul Otellini.

Cnet cited a source close to Microsoft. We’ve asked the folks in Redmond for a comment. Microsoft is reportedly building a version of Windows Blue that can adapt to a range of mobile computers with different levels of performance.