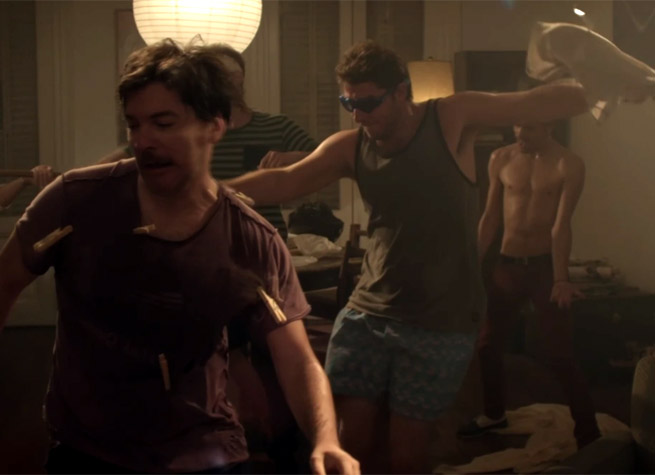 Popular streaming music service Spotify has launched its first real advertising campaign, with a one-minute ad that will run across TV and social media and several web-only ads.

Spotify recently announced that it has 6 million paid users, but the company needs to continue to get more members so it can eventually make a profit. Launching a large ad campaign could help with awareness among average consumers.

The ads were developed by Droga5 New York, and the one-minute slot will debut tonight on the premiere of the NBC show The Voice. Droga5 also worked on two stand-alone digital ads Spotify will be running across the web and social media.

The three ads all show people enjoying music and contain voice-over narration describing music and the emotions of people listening to it. I personally don’t find the video ads that compelling. First, it would be nice if the videos actually contained some fun music. Second, it’s unclear how Spotify actually works and how it enables these experiences. Third, the one-minute ad indirectly references “I am the Walrus” by The Beatles, but that song isn’t even on Spotify. The stand-alone digital ads aren’t much better.

The report seems a little fishy to us because Spotify is already spending so much of its cash on music licensing that the pursuit of high-end video content seems out of reach. We could see Spotify expanding into the realm of streaming live concerts and maybe even music videos, but that would be on a much smaller scale and not aim to compete with big-name streaming video providers.

In response to the report, Spotify said that it does not comment on rumors.

Check out Spotify’s video and stand-alone ads below. 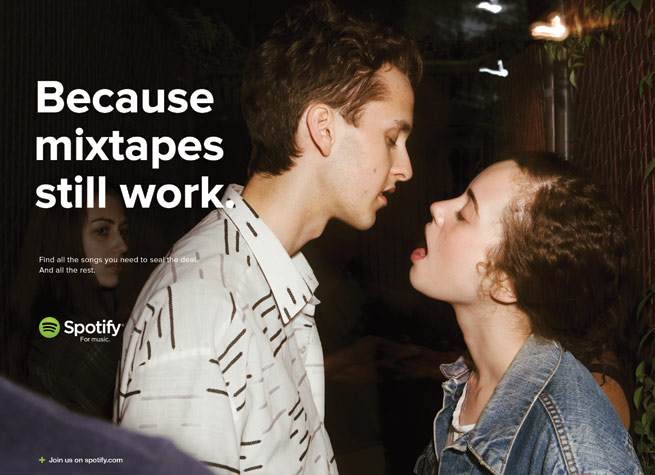 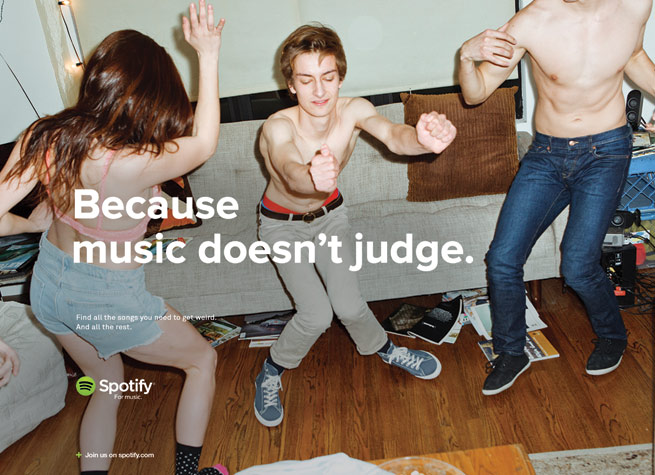