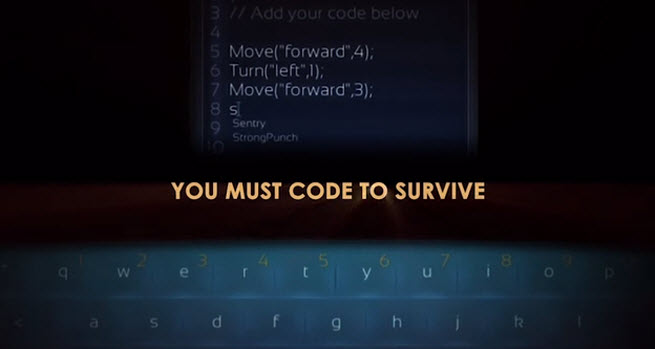 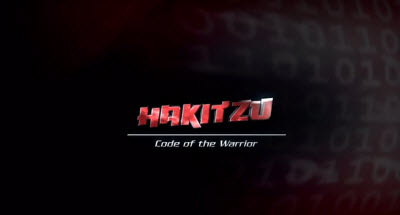 Kuato Studios has launched its first code-teaching game, Hakitzu: Code of the Warrior, as a title on the Apple iPad. The game is part of an effort to pioneer a new way for kids to learn programming.

Hakitzu is a mobile-strategy game where two robots square off against each other on a grid. It teaches the JavaScript programming language through a battle arena. To make a mech robot warrior maneuver and fight, the player has to write increasingly sophisticated code that allows it to perform functions such as movement, targeting, and firing.

San Francisco-based Kuato wants to “gamify” education, or use game mechanics to get kids interested in non-game applications such as learning computers.

“We are focused on making coding fun,” said Frank Meehan (pictured right), the chief executive of San Francisco and London-based Kuato, in an interview with GamesBeat. “We want to innovative when it comes to teaching our kids. The whole point is to get kids to learn, but it is targeted at anyone who wants to program.” 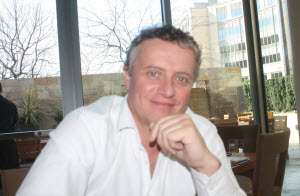 To create the program, Kuato conducted research at schools throughout the U.S. and United Kingdom.The researchers found that students said they were eager for learning tools that were graphically rich, interactive, and challenging.

Kuato set out to make a series of games. It hasn’t yet finished the title that it showed last year, which featured a planet where children could explore and terraform by writing programs. That game will tap artificial intelligence technology, licensed from research firm SRI International, which adapts the difficulty level based on the player’s programming skill.

Hakitzu has been tested in schools with proven results. (Here’s a testimonial from Eric Sheninger, the principal of New Milford High School in New Jersey). Players are assigned a “code warrior,” and you can hack the robot in a “chop shop.” You can add weapons by writing snippets of code. Then you can enter the battle arena. The player takes a turn, coding instructions to make the robot perform an action, and then the computer opponent takes a turn.

The game has a full tutorial that you can play through in order to learn code. A virtual keyboard makes it easier for kids to write their code since it is customized for keys that are commonly used in programming. If you type an error in your code, the game will tell you and highlight the problem. It has three arenas.

“Nobody has done anything like this before,” Meehan said. “By the end of it, you will learn variables, functions, core construction of code, and syntax for JavaScript. That’s just the first pack.” 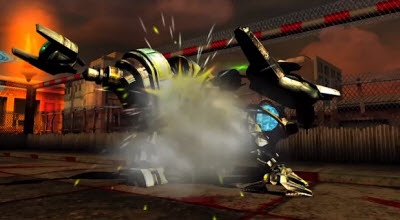 Hakitzu is available on the iPads (versions 2 through 4) and the iPad Mini. Every four weeks, Kuato plans to release updates for the game based on feedback. It’s a different approach from other coding aids such as Code Academy or DreamBox Learning.

“I’ve learned that no one has managed to pull this off because it’s hard,” Meehan said.

But lots of folks want to see Kuato succeed. SRI, the same research institute that created the A.I. technology behind Siri, is one of Kuato’s investors.

Siri spun out of SRI International and was acquired by Apple for use it its iPhone. SRI did ground-breaking work on virtual personal assistant (VPA) technology as part of its Cognitive Assistant that Learns and Organizes (CALO) project started in 2003. Kuato has the license to the technology in the gaming and entertainment industries.

Meehan founded the company in November 2011 with funding from SRI and Horizons Ventures. Before that, he had been part of the Horizons Ventures team and was a former board member on both Spotify and Siri. He was the leader of a group that created a Skype phone in 2007 and also the INQ1 handset. His current team includes veterans of video game companies Rockstar Games, Konami, Sony, and other firms. Kuato has 22 employees.