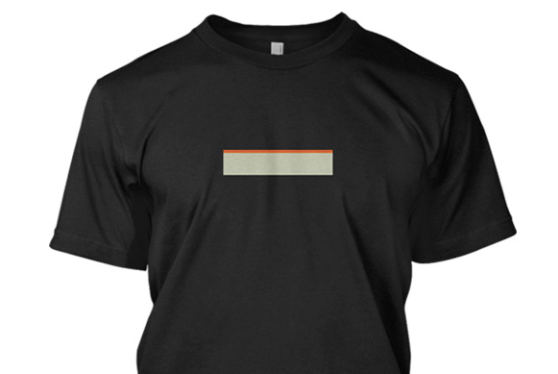 If you didn’t see a wide open market for custom T-shirts, I wouldn’t fault you.

But a startup called Teespring is generating a huge buzz at Y Combinator’s demo day. The company presented today to a roomful of investors and press, and announced that it pulled in $750,000 in revenues in a single month.

“We turn affinity into money,” said founder Walker Williams. The company has tapped into niche communities on social sites like Facebook or Reddit. For instance, a Facebook page with several thousand “likes” for dedicated fans of “big trucks and bonfires” might want to offer its community a custom T-shirt.

The company hopes its sales will eclipse chief competitor Threadless by the end of the year. Developer groups like Node.js and Hacker News are already customers, and the company intends to boost sales by lining up celebrity spokespeople.

As we reported earlier this month, Teespring was started at Brown University when the campus community reacted to a police raid at a local bar. The founders realized that a T-shirt would bring students together in a common cause.

The company has a unique model that caters to amateur marketers and merchandisers. A community group creates a T-shirt, uploads it to the Teespring website, and then hosts an embedded sales page on its own site. If enough are ordered, the shirt goes into production.

I was introduced to Teespring through Reddit cofounder Alexis Ohanian, who also serves as an advisor to Y Combinator’s startups on the East Coast. Ohanian said he’s a “huge fan” as it makes merchandising easier for startups and community groups.

“[Merchandising is] a huge pain for lots of reasons, and they’ve brilliantly solved it by making a solution that’s both economical and high-quality,” said Ohanian.