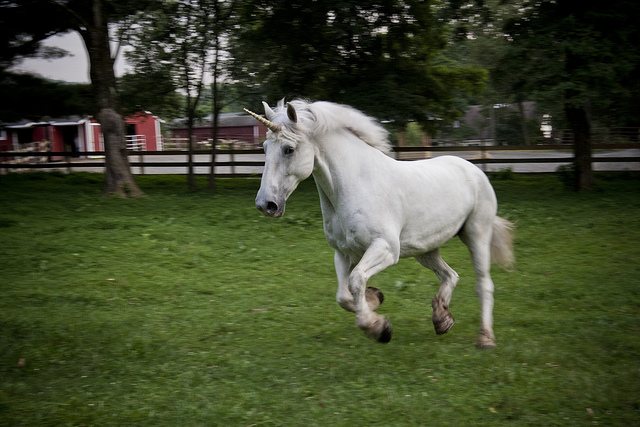 You may just be getting used to the benefits of fast fourth-generation (4G) wireless networks, but it’s not too soon to start looking at what 5G could bring.

Sure, the flavor of 4G that’s now dominant — Long Term Evolution, or LTE — is plenty fast. And with T-Mobile rolling out its own 4G LTE network this week, every major U.S. carrier now uses the technology. But will LTE’s maximum speed of 100 megabits per second keep up with our rising data demands over the next decade? And with wireless spectrum already a precious commodity, will we be able to use it more efficiently as we rely on cellular data more?

There’s still plenty we don’t know about the next generation of cellular networks. All we have to go on is the IMT-Advanced specification (International Mobile Telecommunications-Advanced) which lays out a theoretical vision for 5G but isn’t an official standard like LTE.

For now, though, it’s our best glimpse at what’s next.

While LTE has a theoretical capacity of 100 megabits per second for downloads and 50 Mbps for uploads (speeds we’ll never actually see in real-world usage), the IMT-Advanced specification features a theoretical maximum download speed of 1 gigabit per second, or about 10 times faster. IMT-Advanced also calls for nominal speeds of 100 Mbps in moving conditions, which means it should be faster than LTE’s maximum speed (and most home broadband connections today) in even the worst scenarios.

IMT-Advanced won’t be the technology to replace LTE, instead it serves as a guidepost which the actual 5G standards are measured against (more on those below).

The International Telecommunication Union (ITU), the leading voice for mobile industry standards, is the organization behind IMT. It’s the same group that set the LTE standard, and it has enough clout within the industry that most carriers are likely to follow its recommendations. However, it’s worth keeping in mind that the ITU also ratified WiMax, an earlier 4G standard that never took off to the same extent LTE did.

The next-gen specification also calls for better resource management on cellular cells (allowing for more users per cell), faster connectivity to networks, and smoother transitioning between networks. For consumers, all of that means 5G networks could have fewer reception dead zones.

Here’s where things get a bit confusing: Technically IMT-Advanced describes a true 4G standard. Today’s 4G technologies, LTE and WiMax, aren’t technically fourth-generation, but as of 2010 they’re allowed to use the 4G descriptor since they represent a significant upgrade over 3G standards.

Given just how synonymous today’s technology has become with 4G, I wouldn’t be surprised if the ITU decides to officially name IMT-Advanced-derived standards “5G.”

5G won’t just be about speed (or phones)

Speed is surely the most obvious upgrade in a next-generation cellular standard, but there’s plenty more that an ideal 5G standard would need to offer. In particular, it needs to help make ubiquitous computing a reality. There’s plenty of talk about the Internet of Things, or connecting just about every single device to the web, but that dream won’t be possible with the power-hungry LTE standard.

With 5G, we’ll need low-power modes so devices can sip data without being recharged frequently. That would be similar to how Bluetooth 4.0 allows fitness gadgets to stay connected to modern smartphones without being battery hogs. We’ll undoubtedly see some sort of battery technology innovation over the next decade, but even with massive improvements, batteries will likely remain the last bottleneck for plenty of devices.

Future cellular networks will also need to use wireless spectrum as efficiently as they use power. For years we’ve been hearing about the supposed “spectrum crunch” in the U.S. from the FCC and wireless carriers — mostly, because there simply isn’t enough wireless spectrum to go around.

“What carriers really need is more overall capacity (not the same thing as speed),” said Jack Gold, principal analyst at J. Gold Associates in an email to VentureBeat. “And more capacity requires more available frequencies, which are in short supply.”

The IMT-Advanced specification’s push to handle more users per cell is one way we could see more efficient usage of wireless spectrum, but we’ll certainly need even more innovations down the line. 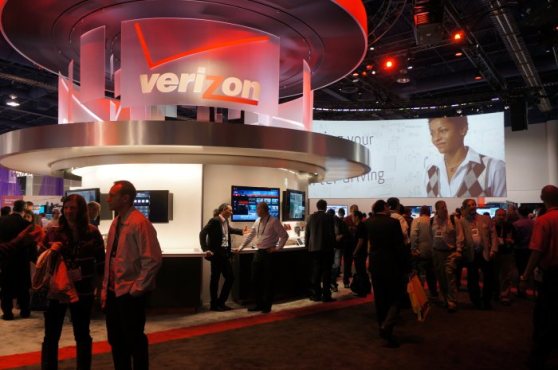 We’re already seeing some U.S. carriers take the focus off of phones and tablets. Verizon Wireless’s CES booth this year was filled with real-world applications of the company’s LTE network outside of typical devices, including a football helmet that keeps track of player impact data and a public recycling bin that alerts its managers when full.

Expect another standards battle as the road to 5G becomes clearer over the next few years. So far, it looks like the strongest 5G candidates to match the IMT-Advanced specification  are LTE Advanced and WiMax release 2 (AKA 802.16). Talk about repeating history.

Naturally, both are massively improved versions of existing 4G technologies. The latest LTE Advanced specification calls for speeds up to 300 Mbps, while WiMax release 2’s theoretical capabilities should be similarly upgraded (we’re still waiting on concrete information from IEEE, the group behind WiMax and Wi-Fi).

Looking at LTE’s overall dominance in existing 4G networks, I’d wager that LTE Advanced will end up being crowned as our next cellular standard. WiMax networks from Sprint and Clearwire were the first official 4G networks, but LTE has blown WiMax out of the water with much faster speeds. Now Sprint is desperately readying its own LTE rollout to keep subscribers from jumping ship.

Though LTE Advanced and WiMax release 2 are the main 5G candidates so far, we could see some fresh entrants over the next few years. Given just how long these standards take to draft and implement, though, I wouldn’t bet on that.

A long, bumpy road ahead

Don’t expect to see carriers rushing to prepare for 5G networks anytime soon. It’ll be years before the next-gen specifications are finalized, and right now carriers are far more concerned with making sure their investments in LTE 4G networks pay off. Until we have a better sense of how 5G networks will benefit carriers, they likely won’t be too eager to think about spending billions once again on more network upgrades.

“LTE promised both higher bandwidth and better, more efficient use of that bandwidth (hence more profitable operations for the carriers) — it hasn’t really lived up to that promise so far,” noted Gold. “What will 5G offer?”