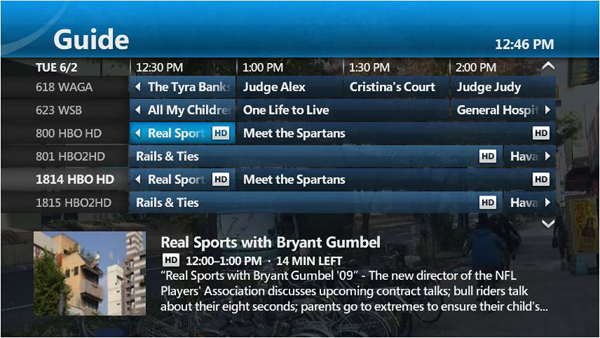 Microsoft has pushed hard in recent years to become a fixture in the American living room — most notably via the XBox 360. A lesser-known part of its living-room play is its MediaRoom IPTV unit, which has been adopted by the likes of AT&T and Deutsche Telekom.

Now it appears Microsoft may be gearing up to sell its MediaRoom business to Ericsson, Bloomberg reports.

MediaRoom’s IPTV technology lets phone companies offer TV service together with voice and broadband, allowing them to compete with entrenched cable companies like Comcast. Microsoft describes MediaRoom as the “world’s #1 IPTV platform,” but even so, there may not be much room left for the company to grow the business, Exane BNP Paribas analyst Alexander Peterc tells Bloomberg.

Most consumers likely don’t even know that MediaRoom exists, which is another reason the company may want to let go of the unit. As a business-to-business play, it would be far more at home at Ericsson, which is primarily focused on providing enterprise telecommunication equipment.

AT&T uses the technology to power its U-Verse service, which has 4.5 million subscribers.

Microsoft would likely be better off figuring out more ways to make the Xbox 360 (and its successor, which is expected to debut this year) an integral part of the living room. MediaRoom actually allows the Xbox 360 to be used as a TV receiver, but that integration came after years of delays.