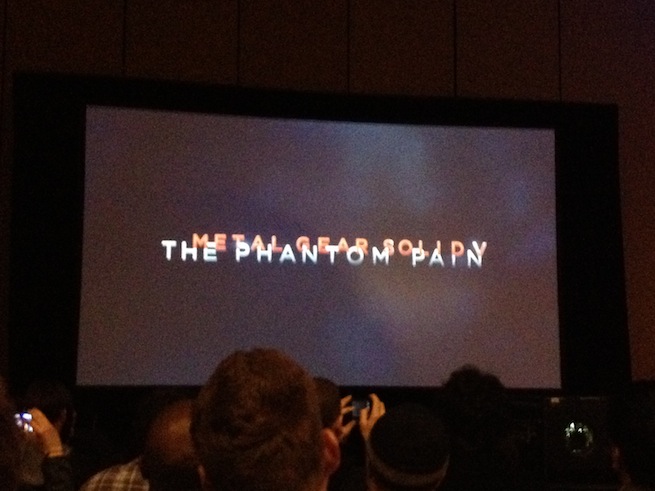 “Snake” — it wasn’t specified if this was the Solid Snake from Metal Gear Solid 4 or Naked Snake/Big Boss from the prequels — is alive and somewhat well after waking up from a nine-year coma. He’s lost basic movement of his legs after an unknown accident, explaining why he was crawling in previous teasers for The Phantom Pain. In a gameplay demonstration running on a PC, Snake uses his arms to move around a burning hospital as a masked man escorts him out of the building.

From there, Kojima said Snake will be able to walk about in an “open world.” He previously teased an open world Metal Gear in another project called Metal Gear Ground Zeroes, but that was actually  just another code name for MGS5.

In another trailer, a man was carrying Snake out of the hospital — a man who looks eerily similar to the infamous Metal Gear villain, Revolver Ocelot. The Ocelot lookalike and Snake mounted a horse and rode away through a burning forest, where Snake started firing a gun at their pursuers. 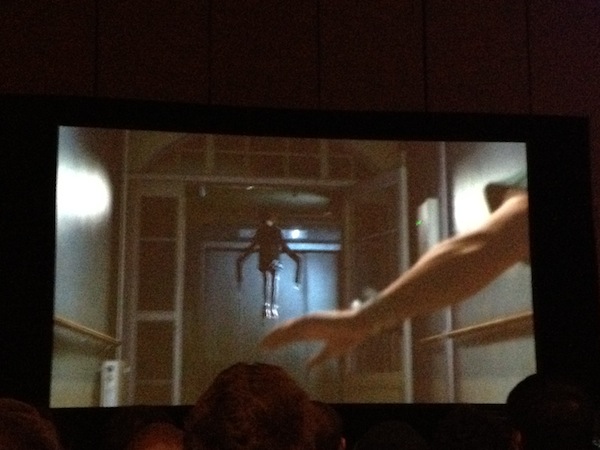 Above: A supernatural figure is chasing Snake and his bandaged friend in this iPhone snapshot from the presentation. GamesBeat/Giancarlo Valdes

While the talk started out with a bang with the MGS5 reveal, the main point of the presentation was to demonstrate the sheer power of the studio’s new Fox Engine. Kojima Productions employees spoke about how the engine can render realistic characters and objects. They showed a real-time demo that had Snake walking around an exquisitely detailed conference room modeled after a real place at their headquarters in Tokyo, zooming on various guns and weapons that hung up on a wall.

Kojima Productions also talked about the new U.S. branch that it’s building in Los Angeles, which sports a red version of its striking fox logo. The mission is to become “the top studio in the world.”