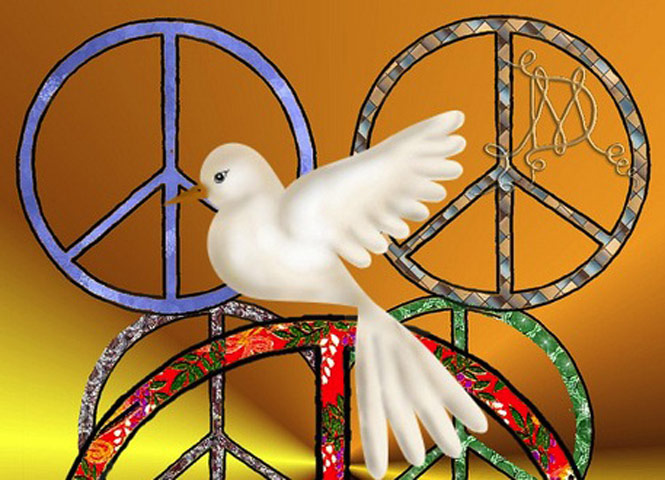 Google pledged to not use its arsenal of patent weapons offensively today, taking a stand on open source and patents that is anti-patent troll, pro-competition, and pro-freedom to create, innovate, and code.

At least, on a whopping ten patents.

Google says it is “committed to promoting innovation” and that therefore, it is “pledging the free use of certain of its patents” used in both software and hardware products. Open systems eventually win, Google says, but open platforms like Android have faced increasing levels of attack via what Google calls “bogus patents” in the hands of Apple, Microsoft, and Oracle. Therefore, to protect innovation and everyone’s ability to deliver great products and services, Google says, it’s announcing the Open Patent Non-Assertion Pledge.

But don’t take that to mean that Apple is now in the clear.

The ten lonely patents Google is starting with are not mobile patents, they aren’t focused on Android, and are therefore not in the most litigious arena of the current era which has seen Apple and Google proxy Samsung pitted in numerous patent infringement cases across the globe: smartphones. Don’t forget that Google-owned Motorola sued Apple with its 17,000-strong patent portfolio just last year in an attempt to ban the import of pretty much Apple’s entire product line: iPhones, iPads, and iPod touches.

Oh, and one more massive caveat? The project or product using Google’s patented technologies must be open source. Good luck with that one, Apple and Microsoft.

Still, it’s a start. And it’s a noble endeavor.

But it’s interesting, even odd, that Google chose to cite the Android-under-attack example, because right now, given the patents that Google has added to the pledge, what this is really about is open source software projects like Linux or Apache. The ten patents Google is pledging are all about data management, data analysis, and data processing. Which means that technologies like Hadoop (an open source technology for processing large amounts of data across multiple distributed servers) which will not now have to worry about stepping on Google’s patented toes when building in new capabilities.

And that’s all good and excellent.

But it’s not going to do anything for Android or to create patent peace between warring competitors like Apple and Samsung, or Apple and Google for that matter. To do that, the pledge would need to be broadened to closed-source products and tailored a little to be more comfortable to for-profit enterprises.

This is at least a start, and Google will add more patents to the pool over time.

But it’s also probably reflective of an internal Google ethos that not only believes that open systems win, but that in a world where open systems increasingly dominate, Google wins.

It is Google’s intent that the Pledge be legally binding, irrevocable (except as otherwise provided under “Defensive Termination” below) and enforceable against Google and entities controlled by Google, and their successors and assigns. Thus, Google will require any person or entity to whom it sells or transfers any of the Pledged Patents to agree, in writing, to abide by the Pledge and to place a similar requirement on any subsequent transferees to do the same.

The Pledge is not an assurance that any of the Pledged Patents cover any particular software or hardware or are enforceable, that the Pledged Patents are all patents that do or may cover any particular Free or Open Source Software, that any activities covered by the Pledge will not infringe patents or other intellectual property rights of a third party, or that Google will add any other patents to the list of Pledged Patents. Except as expressly stated in the Pledge, no other rights are waived or granted by Google or received by a Pledge Recipient, whether by implication, estoppel, or otherwise.

photo credit: Cre8iveDoodles ~ Has been ill…Back Soon! via photopin cc