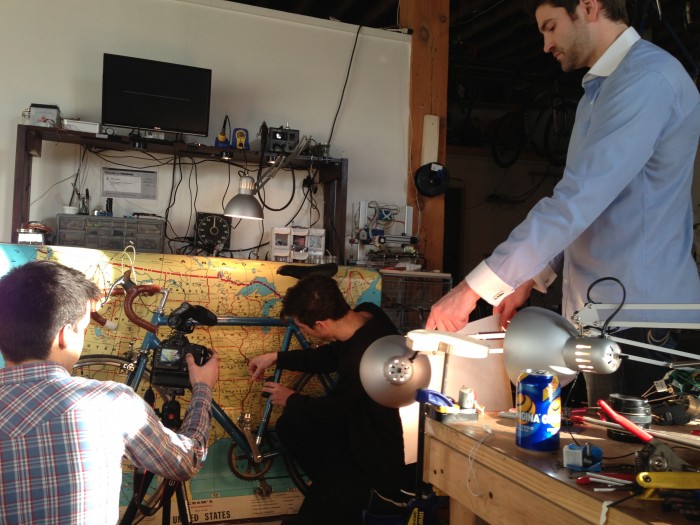 The FBI found that bike theft amounts to $350 million in property loss a year, but few police departments make an effort to investigate these crimes.

BikeSpike is a Chicago-based startup swooping in to save the day. The company has developed a GPS tracking device to install on bicycles that aims to asset cyclists and law enforcement if a bike is stolen or tampered with. The set of onboard sensors record location, vibration, and acceleration data and transmits it through cellular networks for display in a mobile app.

“The BikeSpike was born from the minds of cyclists like you, sick of having their beater steel frames, fixies, and racing bikes stolen with the chances of them being recovered similar to the chances of having a great white shark attack you on land,” the company said on the site.

Let’s say you are biking to a yoga class in a questionable neighborhood, as I did earlier this week. I locked up my bike 4 blocks away from the studio on what looked like a friendly corner and spent most of my vinyasas worrying that I would return to find the entire vehicle or its parts stolen. With BikeSpike, I can digitally lock my bike and receive a notification if the bike moves from its geo-fenced location. In the event it is tampered with, I can grant temporary access to police to try and track it down. If I am feeling so zen after class that I don’t notice an oncoming car, the collision detection system will alert important contacts and tell them where I am. 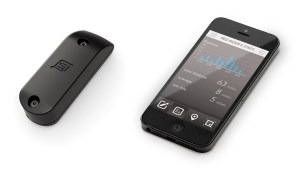 The hardware and software work together to protect your bike. While there are other GPS tracking devices on the market such as Pocket Finder, Garmin GTU10, and SpyBike, BikeSpike is specifically designed with the specific needs of the cycling community in mind.

“Our rich set of onboard sensors allows us to provide more relevant information in a form factor perfectly suited for life on a bicycle,” the founders said in an email. “Our experience with competitor products has found that the mode of interaction and user interface design is lacking to say the least. BikeSpike has been specifically designed with simplicity and ease of use in mind.”

The technology has a variety of use cases and potential applications, which is why the team is keeping the API open to allow third party developers to get creative. In addition to detecting crashes and pinpointing location, parents can also use BikeSpike to get alerted if their kids go outside a set “safe zone,” and serious cyclists can monitor their stats like distance, speed, courses, and fans can track people during a long-bike ride or race. 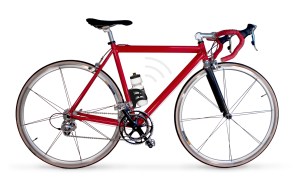 The team is comprised of avid cyclists who said they have had their fair share of crashes and bike thefts. They are also skilled engineers and designers whose combined experience includes researching plasma fusion at Los Alamos Labs, co-founding MIT’s toy product design lab, performing inspections inside Chinese manufacturing plants, and creating kinetic new media installations. They decided to create Three Man Rocket, an engineering collective aimed specifically at solving these issues and turning “one of the world’s most beloved, widely used vehicle” into a smart vehicle.

BikeSpike has raised $42,816 on Kickstarter and has 11 days to go. Check out their page here.