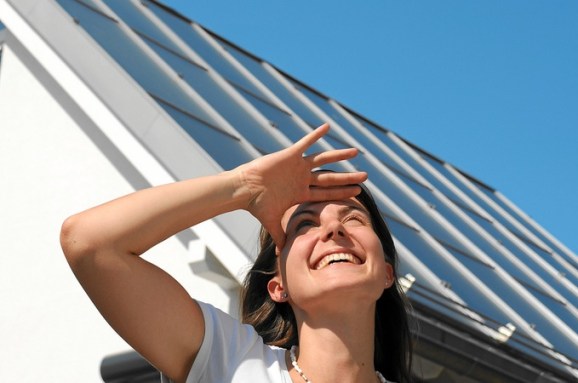 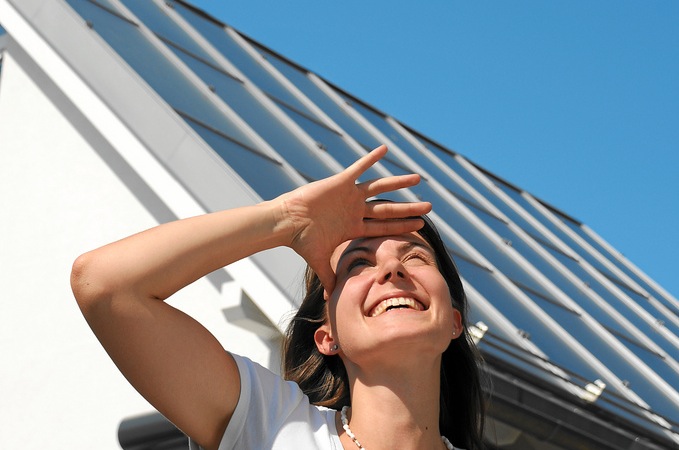 Everybody Solar is helping charities like the Bay Area low-income home rehab volunteer organization Rebuilding Together Peninsula go green by accessing the free energy of the sun — with free solar panels, to boot.

This week, Everybody Solar funded the installation of a 13.5 kW system on the roof of the Redwood City-based  nonprofit organization, which will save Rebuilding Together Peninsula (RTP) about $100,000 over the course of its 20-year life-span.

“We want to help nonprofits free up their resources to fund their projects,” Everybody Solar representative Liz Oh told me today. “So we’re bringing them renewable energy to help them benefit from going solar and getting free and clean energy.” 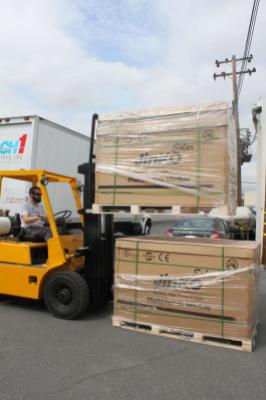 Above: 60 solar panels arrive for Rebuilding Together Peninsula

All together, Everybody Solar will be installing about 60 solar panels on RTP’s roof with the help of another nonprofit dedicated to renewable energy, SunWork Renewable Energy Projects. The panels themselves were donated by a NYSE-listed Chinese solar energy company, Jinko Solar, and will provide enough energy to power their building, appliances, computers, and lighting … basically everything RTP uses that needs electricity.

And when there’s more power than needed? RTP will be able to feed it into the electrical grid and sell it back to its local utility.

“For each dollar we raise, RTP will save $2.20, and each dollar RTP spends on home improvement makes a difference to a neighbor in need.”

This is just the start, according to Oh. Everybody Solar is looking for new projects, and is currently taking submissions via its website from nonprofit organizations that want to benefit from green energy, and reduce their carbon footprint. That will require extra funding, which Everybody Solar is raising in a variety of ways.

“We were considering using a Kickstarter-type model,” Oh told me. “But we have been successful at getting donations through other channels such as events, private donors, and public donations via our website.”

Everybody Solar’s next event will be in April in San Francisco, where they’ll enlist some star power to go with their sun powered principles. It’ll be Solar Rock Stars for a Cause, date to be determined.