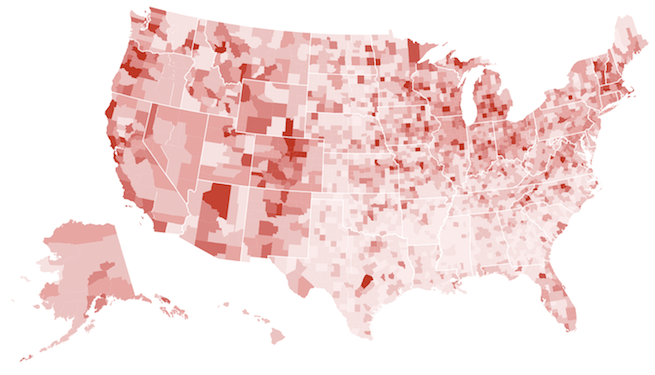 By now, you’ve probably realized why you’re Facebook news feed has filled up with pink and red profile pictures.

This week, Facebook users were urged to substitute their profile picture for a simple graphic designed by the Human Rights Campaign. The goal is to demonstrate widespread support for marriage equality with two high-profile cases getting underway in the Supreme Court.

The bigger question is whether social media-led campaigns like these actually work. Will it make a real difference in D.C?

“We’re seeing a ripple effect take shape — not only in local communities but across the country,” said Kate Maeder, a new media and political consultant with Storefront Political Media. Influencers like Martha Stewart gave a nod to the movement by posting a picture of a red velvet cake, prompting online communities to debate the issue.

However, Meader said the Supreme Court won’t be swayed by a frenzied social media campaign. “They aren’t tied to the election cycle and are there to uphold the constitution, so the rules are different,” Maeder explained.

Facebook’s data science researcher Eytan Bakshy is optimistic about the campaign’s efficacy. In a blog post, he wrote:

For a long time, when people stood up for a cause and weren’t all physically standing shoulder to shoulder, the size of their impact wasn’t immediately apparent. But today, we can see the spread of an idea online in greater detail than ever before. That’s data well worth finding.

With all the data that Facebook has gathered on grassroots support for marriage equality, advocacy groups have an opportunity to drum up new membership. But it remains to be seen whether the HRC will takes advantage of this outpouring of social media activity.

Will the HRC’s social media campaign make a real difference? Let us know what you think in the comments section below…