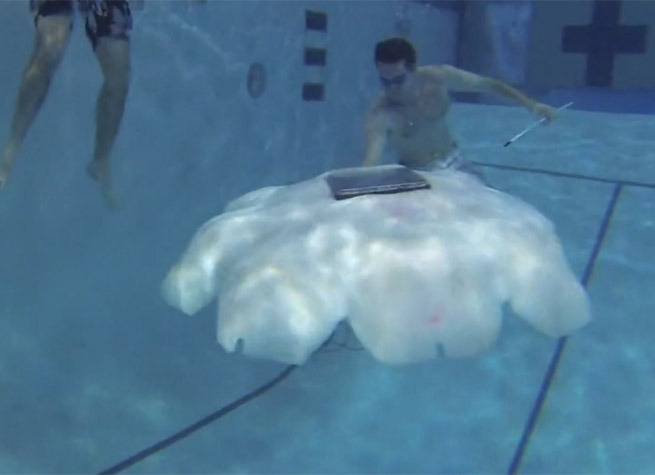 If the U.S. Navy has anything to say about it, the next great spies in the ocean very well might be giant robot jellyfish.

Virginia Tech researchers have created a massive jellyfish robot that measures 5 feet and 7 inches in length and weighs 170 pounds. Nicknamed Cyro and funded by the U.S. Navy, the robot is self-powered and autonomous. If such robots are mass produced, they could be used for surveillance and environment monitoring.

Jellyfish are ideal for spying because they are found in every major oceanic area of the world and are found in all shapes and sizes. Plus, when you see a jellyfish, your first instinct is probably to swim away, not look more closely at it.

Prior to Cyro, the same researchers created a less terrifying version called RoboJelly that was only the size of a man’s hand. RoboJelly could also be used for surveillance.