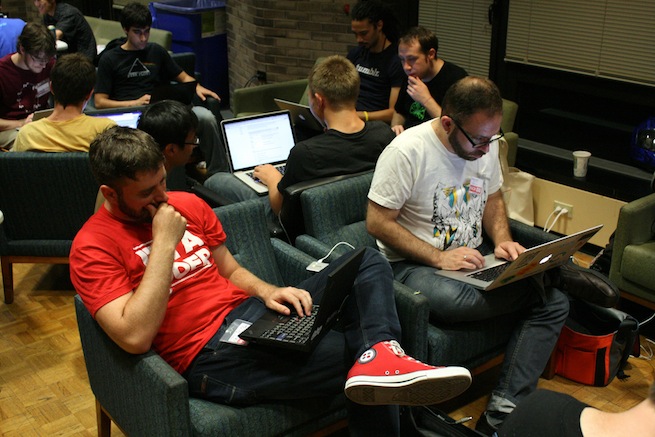 This is a guest post by entrepreneur Austin Smith

This month, I participated in an epic hack trip on the “StartupBus” — and it was the 12th hackathon I’ve been a part of in as many months.

I love everything about hackathons. The idea of simultaneously building relationships, teams and products for a fleeting moment under various constraints is fascinating, exciting and educational — and most of all, fun.

But post-judging, participants typically feel disillusioned. When they don’t win, the team is bitterly disappointed. When they do win, they argue over who gets what part of the prize. It happens nearly every time.

I’ve watched this again and again, and thought, “Isn’t this just about having a good time? Just relax!”

On the StartupBus from San Francisco to Austin, I got to know lots of brilliant, friendly people and was inspired by the ideas and passion of every team involved in the event. For those unfamiliar, it’s an annual 72 hour hackathon on a bus ride to the tech conference SXSW.

If there’s a better way to transition from a group of strangers to a tight-knit group of friends in 72 hours, I have yet to see it. From the lack of sleep to the sprints of work to the downtime without internet to the confined space to the rest stops to the steady stream of alcohol to the hard, looming deadline; everything about StartupBus seems designed to make you walk away with some new best friends.

Each time we progressed, I was thrilled to see my team move forward, but disheartened to see the road end for other teams that worked just as hard as we did. And after each round, there was more chatter of disillusionment around the whole event. In some cases it was petty, while in others totally justified (as was the case for the teams Robert Scoble was admittedly disrespectful to.)

In the final hours, my team rallied and got really excited about our prospects in the event. We perfected phrases, designed a pitch deck, planned transitions and talked about what would happen if we won. Then we lost.

Shortly after, we joined in on the negativity party. “The judges didn’t understand our product vision,” we said. One brilliant losing team had built an anonymous chat platform called Ghostpost, so without missinga beat they created a #losers room where we could all complain behind the cloak of anonymity. One person even complained on StartupBus’ public blog. Nearly every losing team was complaining about something, myself included.

It took me a bit to realize that I was engaging in the same exact behavior I’ve watched with bemusement at past hackathons.

Once I realized that, I looked around me. I saw a group of people whom I know will be successful as they push onward, because I’ve seen them go through hell and still come out on top.

Suddenly, I was smiling again. The event was never about prizes and pitches and organizers and judges and equity. It was hardly even about product development and traction. StartupBus was about people and shared experience, and I got my fair share of each.

I’ll never forget being in a taxi at four in the morning with five people from five different countries, all of whom made the bold decision to go out to the San Antonio bars despite having slept just a handful of hours in several days. I’ll never forget working until 6am in a random town in New Mexico, as the rising sun glistened on the self-proclaimed “World’s Largest Chili Pepper” outside the hotel.

Most importantly, I often think about that ephemeral moment when I came together with three strangers and nothing mattered except moving our project forward, regardless of the outcome. Those strangers are now my friends.

Next time you find yourself at a hackathon, consider this: If you and your team want that first place iPad Mini so badly, couldn’t you find a couple of hours of contract work and buy it? If that decidedly easier path to the prize isn’t as alluring, then think for a minute about why you’re participating in the hackathon.

And if you win, great. Winning is fun, and the aspect of competition is key in making hackathons fun. Of course, I wish I had won StartupBus.

But if you participate in hackathons just to win hackathons, then you’re missing the point. 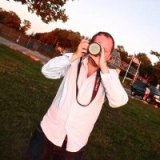 Austin Smith is the community manager at Singly, a service for transmitting personal data between applications.