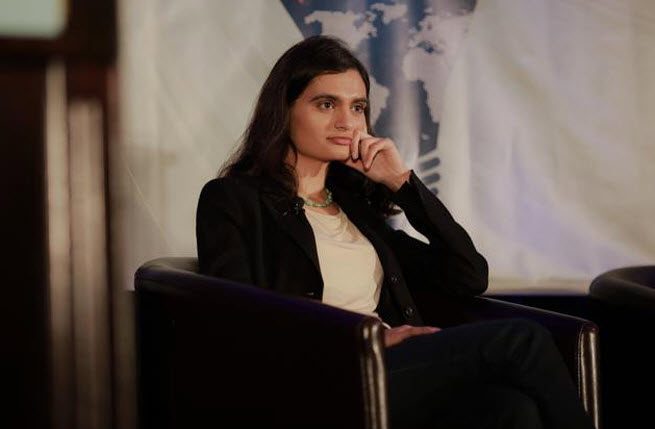 Updated with new statements and fixes.

After getting flack for hiring female dancers at a party who offended some leaders in the game industry, YetiZen chief executive Sana Choudary posted a response today explaining the organization’s perspective and clarifying facts about the party itself.

The International Game Developers Association (IGDA) received criticism for being a co-sponsor of the party, and prominent game designer Brenda Romero resigned from the group in response because the event featured scantily clad women. The party and the reaction to it show that women’s issues are coming into sharper focus more than ever before in the game industry.

The IGDA’s executive director, Kate Edwards, issued a statement apologizing for its role and said that it recognized that “some of the performers’ costumes at the party were inappropriate, and also some of the activities they performed were not what we expected or approved.” She added, “We regret that the IGDA was involved in this situation. We do not condone activities that objectify or demean women or any other group of people. One of the core values of the IGDA is encouraging inclusion and diversity. Obviously, we need to be more vigilant in our efforts. We intend to be so in the future.”

That statement appeared to put the blame on YetiZen. But Choudary said in her blog post that the IGDA approved all “entertainment and related promotion” prior to the party. She included an email from Edwards that said, “If the final outfit is like this, I think it’s fine; it’s modest enough without the midriff showing, etc.”

Choudary also said that some critics seemed to confuse the IGDA-YetiZen party with the Wargaming.net party. The IGDA-YetiZen event was held on Tuesday at the Ruby Skye nightclub in San Francisco, and Wargaming’s was held there on Wednesday. The Wargaming party featured go-go dancers in stripper-like outfits and strange gas masks with rabbit ears. (Our own story carried the wrong date for the party, initially.)

YetiZen’s party this year was evidently more tame than last year’s Game Developers Conference party, which the IGDA did not co-sponsor. It featured women with bare breasts and painted-on clothing. That also drew criticism from Romero. Choudary initially said that Romero called and said she would “destroy YetiZen,” but Romero corrected that. In an updated statement, Choudary said that after last year’s party, Romero called and threatened to “personally call all of YetiZen’s mentors, advisers, and investors and tell them to quit their support of YetiZen.” Choudary said Romero did not attend either party.

Update: This morning, Romero said, “Note that in the year since, I have done nothing which would even suggest that statement — about destroying YetiZen — is true. In my statement noting my resignation from the IGDA, I said nothing about Yetizen. It is the IGDA who, in my mind, violated their code of conduct. My issue was with the IGDA and the IGDA alone.” 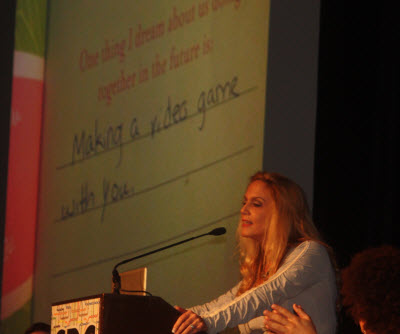 Romero, meanwhile, gave a speech at the 1ReasonToBe panel at GDC. In that speech, she was highly critical of Electronic Entertainment Expo (E3) booth babes, which she said made the game industry’s major event seem like a sexually charged environment that was threatening to women. Romero acknowledged in that speech that she has played her own role in games that objectify women, such as making a Playboy mansion game. But she lamented that she would not feel comfortable taking her daughter to the show to be “gazed upon.” The speech got a standing ovation.

But YetiZen suggested that a lot of the outrage over the party comes from misinformed people.

“We are therefore understandably disappointed that a relaxed social occasion has been so misrepresented and misinterpreted,” Choudary wrote.

Choudary further said, “YetiZen did not hire dancers. We hired avid gamers, who happened to be models, to discuss gaming with the invited guests. The YetiZen team — myself, my co-founder, and our resident artist — were invited by the rappers, along with our gamer-models, to dance for a few minutes on stage.”

And Choudary also pointed out that she is a female chief executive officer and is committed to “making great games and providing equal opportunity to game creators of all genders.”

“I am the founder and CEO of YetiZen,” she wrote. “I’m also an immigrant from Kuwait and Pakistan, a female game industry executive, and an avid supporter of female success in all areas of business and life. I’m familiar with fighting for my voice to be heard.”

Update: In a statement on Saturday, Edwards said, “The IGDA was a co-presenter of the Yetizen party Tuesday evening at GDC. Yes, we approved some of the costumes. We did not see the costumes of the stilt walkers. We did not know that any of the performers would be doing things on a stage. We agree that some of the performers at the party engaged in activities that were not appropriate. We apologize for that. The IGDA does not intentionally condone activities that objectify or demean women or any other group of people.  One of the core values of the organization is encouraging inclusion and diversity. That certainly means we would not want anyone attending an IGDA sanctioned event to be uncomfortable in any way with what activity was going on.”

She said in closing, “Obviously, we need to be more vigilant in our efforts. We intend to be so in the future. We know we can do a better job making sure all our programs and activities are inclusive and professional.”

Update 2: Disclosure: It’s been pointed out I should disclose I am a mentor for YetiZen. This is an unpaid position where I offer my advice for YetiZen’s startups on getting meeting coverage, and I offer this service to other accelerators as well. Our coverage of the company remains objective.