GamesBeat: How do you manage that?

Raymond: You hire very good, talented people. [Laughs] I like to say that, whenever possible, you should hire people who are better than you. Eventually, if you do a good job, you get to sit in your office and play games all day and make them run the studio.

GamesBeat: Do you feel like running a blockbuster game is much different from running something smaller?

Raymond: Well, Assassin’s Creed didn’t start as a blockbuster. When I was working on the first Assassin’s Creed, we set the bar high and we had it in our mind that we were creating the next big franchise, but when we spoke to the marketing teams, they said, “Why are we going to support that game? We don’t even know how much it’s going to sell. It’s new. Who knows?”

That’s what I like, starting things up. That’s why I was so excited to get a chance to go to start up Assassin’s Creed and then go on to oversee new IP. A couple of those games are about to come out. I was there with the team helping out at the start of Watch Dogs and also another new IP we’re launching. Now, I get the chance to start a new studio. That’s exciting, to be able to work with such a talented team and build something new for Ubisoft. 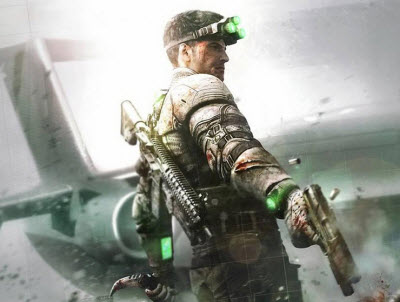 GamesBeat: How has Blacklist turned out?

Raymond: Well, we’re still working on it. We’re in the final stages, but we’re definitely still working on it. We’re playtesting constantly and putting that layer of polish on. I think this is the game where we finally get to fully realize the vision that Max and Alex had. We had a vision with Assassin’s Creed — the promise was there — but we didn’t get to deliver it all until Assassin’s Creed II. It’s similar with Far Cry 2. That team had a great vision for emergent gameplay and stuff like that, but you didn’t get to see it fully executed until Far Cry 3.

I feel like now, with Blacklist, we’re doing that with the full range of the ultimate stealth experience. We’re innovating and pushing the multiplayer and the co-op to what those guys had in mind all along. We saw the beginnings of it with Conviction, in the co-op there. Now we’re creating this seamless experience. We can do all these things in one shot.

GamesBeat: Do you consider Blacklist as a reboot, almost?

Raymond: No, it’s not a reboot. It continues the story where Conviction left off. Sam is continuing his journey. All the details of his life are consistent. He’s just moved into a leadership role, so he’s gone from being the lone wolf to being the boss, the guy with his own team. It’s more exciting, because it allows us to have this experience where Sam is looking at a map — he’s in a plane, he’s mobile, he can go anywhere he wants — and that means, as a player, you can drop into a co-op mission if you want to or you can drop in and continue the story.

GamesBeat: Have you read about this town in Canada called Stafford? 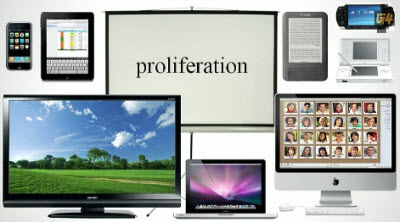 GamesBeat: That’s what we think of when we hear about Watch Dogs. The city operating system and all that. IBM always talks about that kind of operating system as well. Is there a real-world connection to this? It’s plausible, but is it reflected in actual examples?

GamesBeat: We did this story on what is happening. A company called LeoNovus is giving away free computers and free Internet access and then allowing another firm to harness the unused computing time and create a distributed data center. They’re basically operating the device in people’s homes to compute things elsewhere. It’s very cool tech.

Raymond: We were talking to a guy last week about his initiative, which is making smart cities. They react better to things. There tends to be less violence in these places, better self-regulation and moderation. There’s a big push in Canadian cities to have these smart communities.

GamesBeat: And then your fiction is pointing out the down side to all of this.

Raymond: With Blacklist, we were inspired by Anonymous. Obviously it depends on your personal views, but when you look at a lot of the Anonymous stuff, what they’re doing is, I think, for good causes. They’ve spoken out about gay marriage and all kinds of other causes that I believe are good ones. But you can also take the next step and ask what would happen if someone did those same things for the wrong reasons, to support a worse cause. There are so many different angles to the way tech is developing. Maybe it’s being used for good, but what if it isn’t in the future?