GamesBeat: Maybe your game will be like a reality TV show.

Raymond: [Laughs] Hopefully not. But people are installing these high-tech surveillance systems in their houses. They have the nanny cam that watches the baby all the time. From work, they can go through the Internet and see what’s happening at home. They can adjust the lights and everything. Imagine now if that system in your home gets hacked and random people are watching your kids. Maybe nothing goes wrong, but it’s still a creepy idea. 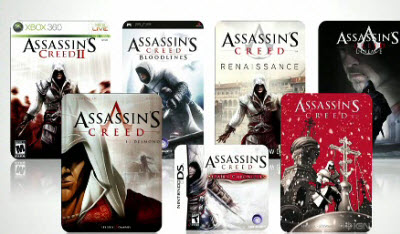 GamesBeat: Now that you’ve worked at several companies and run your own studio, what do you try to do to keep yourself excited and enthusiastic, and your employees as well?

Raymond: That’s a lot of things in one. With games, one thing you have to keep in mind is that it’s not like movies. It’s not one person writing a script and the rest of the team works on it. It’s not the creative director who has the idea. A great idea can be executed terribly and become a terrible game. A so-so idea can become a great game if it’s well-executed, and the people on the team are given the autonomy to add their own special touches and add that magic that surprises the player and keeps things interesting.

You have to find a way to get everyone on the team excited and make it their game. Maybe their task is programming some small feature, but when they’re working on it, they’re not just thinking, “How did the game designer write this feature? I’ll just code it as written.” They’re thinking, “How is the player going to experience this? How do I make it better? What do I think is better? I’m gonna add my own touches. I’m gonna talk to the animator. I’m gonna see if they can help me make this better. We’ll put it together on the side and convince the producer that this is the thing to do.” You need to set up a team where people feel like they can do that because that’s where you get the surprises. That’s where you get the great stuff.

On the first Assassin’s Creed, for example, the free running and the ability to go anywhere in the world came from Richard Dumas and Alex Drouin, the animator and the gameplay programmer. They had been working on Prince of Persia, and they wanted to raise the bar on that kind of interaction with the environment. That was their passion. That’s how you make a great game, by letting everyone on the team have that kind of passion.

That can translate to the studio, too. Not only do you do that on games, but you set up a studio where people can do the same thing with their culture and have input on the way that the studio is run. We set it up so that people can decide what we’re going to build next in the studio. What’s the biggest priority to people? We poll people all the time. What franchises would you be most excited to work on next? What’s interesting to you? What do you want to see us focus on next? We have some money, and we can build a gym or a game room — which one do you want to see most? Everyone has a say.

We’re lucky enough to have people from all over the industry, and I wanted to make sure that we’re not just continuing to do things as Ubisoft does as far as best practices. With so many people coming in from everywhere else, we’re asking them what worked well at their other studios and what didn’t. When you start that dialogue, people get comfortable. Soon enough you don’t have to ask them anymore. They’re just used to coming and telling you. Once, we put up a climbing wall in the hall, and we didn’t ask everyone. It was the designers’ idea. We said, “Fine, that’s inexpensive, and it looks colorful. We’ll put it up there.” People just came to my office and said, “That was a dumb idea. Why did you do that? We’re not going to climb in the middle of the studio!”

We’re creating that kind of atmosphere in the game and in the studio, where people are contributing their best work and incentivized to do so. You don’t always succeed, but at least, when you’re getting things wrong, people feel comfortable enough to tell you. 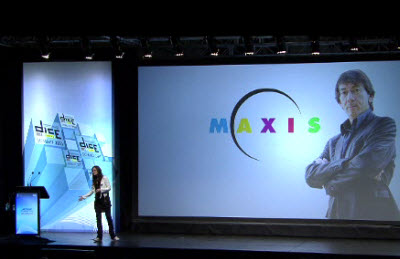 GamesBeat: When you did your DICE talk, you let slip that you were depressed about how triple-A games were in decline and how all this weird social stuff was coming up. Do you still feel that way? Have you adapted to some of what’s changing?

Raymond: There are innovative things happening within these social games. There’s stuff we need to learn and incorporate into our games. But I didn’t join the games business to wind up in the gambling business instead. If we’re starting a new IP, I would like the question to be, “What are people looking for out of games? What are the new opportunities with new tech? What can we do that’s different and innovative and surprise people?” I’m less excited if our jobs are, “What are some addictive mechanics that we can fit into this game so we’re monetizing people as quickly as possible?” That’s not as interesting to me as a job.