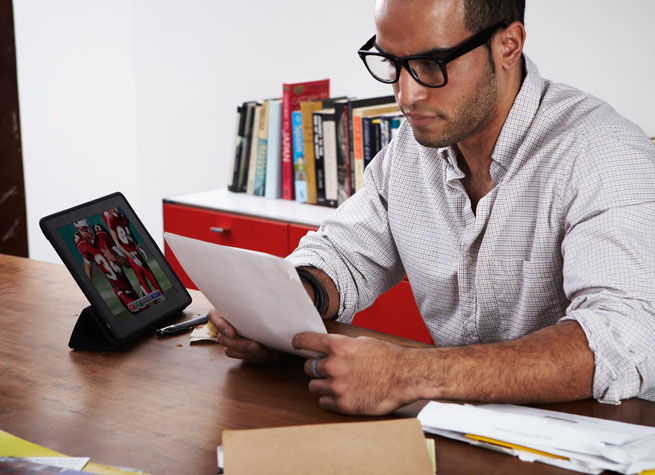 Streaming TV startup Aereo has won a major court victory against TV networks that makes sure it can continue operating its service to bring broadcast network television to PCs, tablets, phones, and other devices.

The United States Court of Appeals for the Second Circuit said today that it has rejected an appeal from TV networks who had said Aereo was infringing on various broadcasters’ copyrights.

“We may be a small startup, but we’ve always believed in standing up and fighting for our consumers,” Aereo CEO Chet Kanojia said in statement. “We are grateful for the court’s thoughtful analysis and decision and we look forward to continuing to build a successful business that puts consumers first.”

With Aereo, you can watch and record TV shows and programs that you could normally get via an over-the-air TV antenna on smart devices. It has installed several dime-sized antennas in New York City and other areas that receive broadcast transmissions and then pushes those transmissions to customers via the web. For $8 or $12 a month, Aereo customers can watch ABC, CBS, NBC, PBS, Fox, the CW, and more. Basically, it could be great solution if you don’t have a TV or are a dedicated cord cutter.

Aereo uses a loophole in the law to make its operation legal, but clearly broadcasters aren’t happy about Aereo and felt threatened by letting consumers have more choices about how to receive broadcast TV. The networks and stations, including WNET, WPIX, Twentieth Century Fox, and Univison, sued to get Aereo shut down on the grounds that transmissions to one’s living room are private and that copyright infringement is occurring.

The court didn’t particularly care for the broadcasters’ arguments in court, but it did uphold the legal loophole Aereo uses. It writes [emphasis ours]:

It is beyond dispute that the transmission of a broadcast TV program received by an individual’s rooftop antenna to the TV in his living room is private, because only that individual can receive the transmission from that antenna, ensuring that the potential audience of that transmission is only one person. Plaintiffs have presented no reason why the result should be any different when that rooftop antenna is rented from Aereo and its signals transmitted over the internet: it remains the case that only one person can receive that antenna’s transmissions. …

We conclude that Aereo’s transmissions of unique copies of broadcast television programs created at its users’ requests and transmitted while the programs are still airing on broadcast television are not ‘public performances’ of the Plaintiffs’ copyrighted works under Cablevision. As such, Plaintiffs have not demonstrated that they are likely to prevail on the merits on this claim in their copyright infringement action. Nor have they demonstrated serious questions as to the merits and a balance of hardships that tips decidedly in their favor. We therefore affirm the order of the district court denying the Plaintiffs’ motion.

If the TV networks want any chance of shutting down Aereo now, they will now have to convince either the full Second Circuit or the Supreme Court of their arguments.

Today’s court decision will likely help Aereo with its expansion outside of a handful of areas. The company brought its service to three more East Coast states in late February, but the company has plans to bring its service to big cities such as Atlanta, Chicago, Dallas, and Miami by the end of 2013.