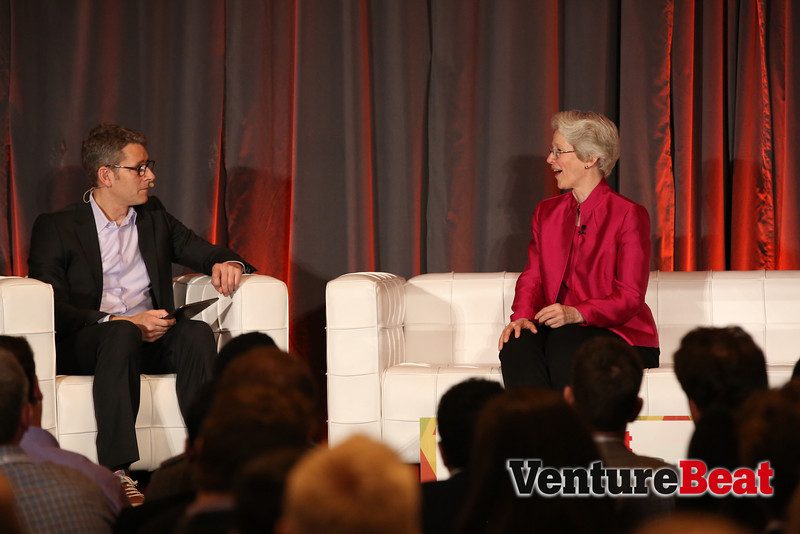 Not so for AT&T, at least according to Kris Rinne, its senior vice president of network technologies. Speaking at our Mobile Summit today, Rinne recognized that AT&T’s network is increasingly seeing use for a variety of web services. But she pointed to the carrier’s APIs as one way it’s maintaining a certain amount of control.

“I leave the dumb part off,” she said, noting that there’s a lot of intelligence that goes into providing a solid data network that others can build on.

Indeed, it makes sense for AT&T to embrace its potential as a data pipe. The widespread availability of fast wireless networks isn’t just a boon for phones, tablets, and computers — they will also be an essential part of a future in which practically everything around us is connected.

At our Mobile Summit today, Rinne also mentioned that we should see HD Voice from AT&T later this year (reiterating what the carrier has said previously), and we can also expect AT&T’s international data roaming rates to fall eventually.